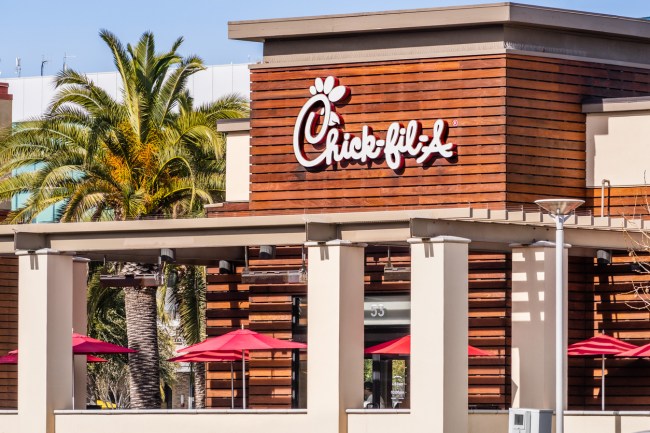 Chick-fil-A has weathered some intense storms over its 75-year history, including uproars over the chain’s long history of donating to charities with anti-LGBTQ stances, closing on Sundays for “rest and worship,” and now this: a dreaded TikTok video.

An anonymous Chick-fil-A employee under the username @jlucvss recently posted a video to the platform that shows how many juicy, tender, delicious chicken nuggets find themselves in the trash bin at each day’s end. The video is accompanied with the caption, “What they do every night with the chicken nuggets at Chick-fil-A.”

At the time of this writing, the video below has nearly 8 million times, which is comparable to how many people tuned into the season finale of Game of Thrones.

WARNING: This video may be disturbing to some viewers who would die for Chick-fil-A nuggz.

[Related: TikToker Goes Viral For Showing How She Secretly Steals Part Of Her Man’s Subway Sandwich]

A spokesperson for Chick-fil-A told Insider in response to the video:

The visceral visual of these perfectly good nuggz hitting the bottom of the barrel is hard to stomach, but you can’t hate on the quality control. The people want their nuggz dank and I’d have to imagine their are corporate and regulatory standards that prohibit just giving leftover food to the nearest homeless person.

Chick-Fil-A, to its credit, has a food donation program called Chick-fil-A Shared Table, the goal of which is to fight hunger in local communities “by donating surplus food to local soup kitchens, shelters and nonprofits to feed those in need.” Can’t confirm or deny whether this particular location was in on the program.

Now if you’ll excuse me, I’m going to go dumpster diving at the nearest Chick-Fil-A.

Shameless Self-Plug Alert: I’ve started an Instagram news Series called The Friday 5 at 5, detailing the five best stories of the week with piss poor graphics. New installments release every Friday at 5. Give a like and I’ll buy you a Heineken.