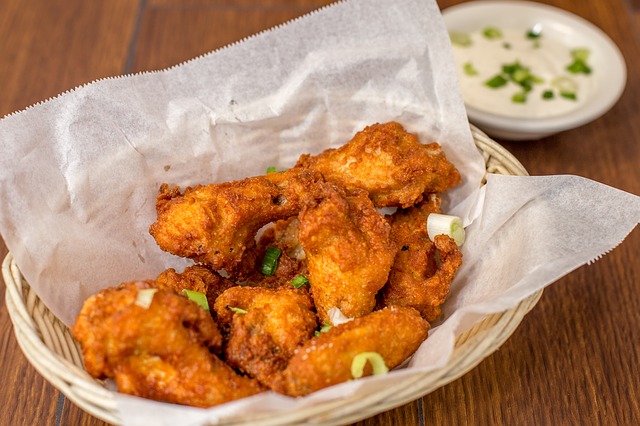 Usually, when you order wings from a restaurant they come in a variety of quantities such as a half a dozen, a dozen, 20, or even 50. That’s because people are not intelligent enough to know how many chicken wings they actually want and need to be told what denomination to narrow down their needs. However, one chicken wing purveyor in Philadelphia offers a massive chicken wing menu that has bewildered the internet.

Danny’s Wok, a Chinese restaurant in Philly, has a very intricate pricing structure on their chicken wings. The extremely detailed chicken wing menu offers flexibility to order nearly as many or as least amount of wings as your belly desires. Twitter user Sean Woodall noticed the unusual wing pricing.

theres gotta be a better way to convey this information pic.twitter.com/pHEswDU0TC

The tweet went viral and has been retweeted nearly 6,000 times and Liked over 21,000 times. The mysterious pricing had the internet shook. Suddenly, Twitter erupted in hilarious and quizzical responses to the wing pricing and even busted out their Texas Instruments TI-84 calculators in an attempt to make mathematical sense and equations of the bizarre pricing.

Purchasing 200 wings instead of 4 brings the per-unit cost down by less than two full cents.

this formula breaks down at the 24 wing mark, and I can't figure out what on earth went wrong at that point pic.twitter.com/lCmDu7j13b

I'm not seeing the pattern but there's an awesome minimization problem in here somewhere to get the best price for N wings. pic.twitter.com/l4F61VAJin

Also, after 50 wings it begins in denominations of 10 wings, except it offers “75” wings. WTF?!?!? Why would you mess with OCD people like this?

can I just say that I'm deeply disturbed by

like…stick to a pattern FOR CHRIST'S SAKE

You can order as little as four wings, but sadly you still can’t order ONE, single, lonely chicken wing.

One order of wings.

I sure am hungry.