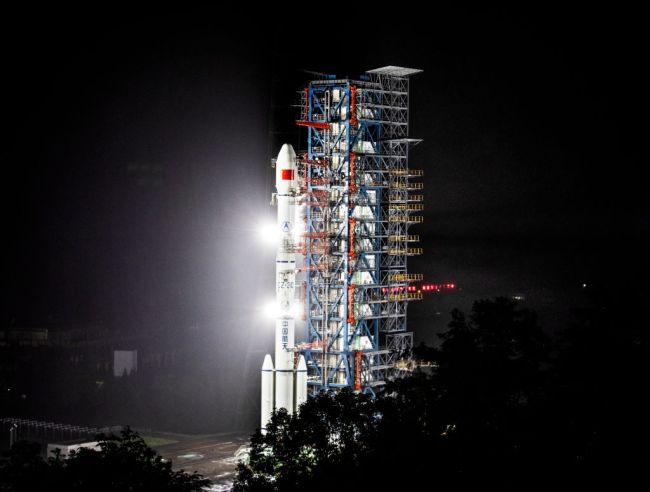 Current estimates show that there is about a 1% chance that a 100-meter-wide asteroid will strike Earth in the next 100 years. That isn’t stopping the United States and China from being prepared.

While probability for a collision is low, a 78-billion-kilogram asteroid named ‘Bennu,’ is on course. It is as wide as the Empire State Building is tall. Scientists believe that between 2175 and 2199, Bennu will come within 7.5 million kilometers of Earth’s orbit.

Bennu and friends, today about you! Happy #AsteroidDay! 🎉🎉

Does anyone else out in the universe think there should be an asteroid emoji? pic.twitter.com/zTFnGP5xr7

The chances of Bennu impacting Earth is only 1-in-2700, but that is not an insignificant number when it comes to a GIANT FLOATING SPACE ROCK THAT COULD WIPE OUT HUMANITY.

Thus, preparations are being made to try and send it away.

The U.S. is leading the way.

Sometime between late 2021 and early 2022, NASA plans to launch robotic spacecraft into space. The goal is to intercept two asteroids that are relatively close to earth. Not necessarily because they are a threat, but as practice.

When the spacecraft arrives at its destination a year later, NASA will intentionally crash-land on the smaller of the two asteroids. It is the world’s first attempt at changing the course of an asteroid.

While the U.S. is planning to test intergalactic asteroid destroying (that is not the scientific terminology) on a small scale, China is planning to go big.

Chinese researchers reportedly want to send the country’s largest rockets into space for intergalactic asteroid destroying practice. And not just one or two, but 20 or more.

At China’s National Space Science center, researchers used simulations to come up with a plan. Their findings believe that 23 ‘Long Mach 5’ rockets hitting an asteroid at the same time could deflect a large asteroid like Bennu by a distance larger than Earth’s radius.

As for Bennu, the United States is planning the Hypervelocity Asteroid Mitigation Mission for Emergency Response. HAMMER, as it is better known, would send 440 tons of rocket material at the asteroid.

It would make the trip to the asteroid in about two years, which is faster than China’s plan. However, it is more expensive and would take longer to prepare. The U.S. would need to discover an Earth-seeking asteroid 25 years before a potential collision.

China would need just 10 years to get its plan in place.

In the meantime, NASA sent spacecraft chasing after Bennu in 2016. It is expected to return to Earth with samples in 2023.

Our #OSIRISREx Mission spent two-and-a-half years at asteroid Bennu, the smallest world to ever be orbited. Track its path in space as it surveyed and then sampled Bennu. #AsteroidDay pic.twitter.com/zTFlMJ2gxB

Whether the odds of a collision are significant or not, it’s comforting to know that people are looking out for the human race this far in advance.