Chipotle Tries To Lure Customers Back With Frozen Paloma Margaritas 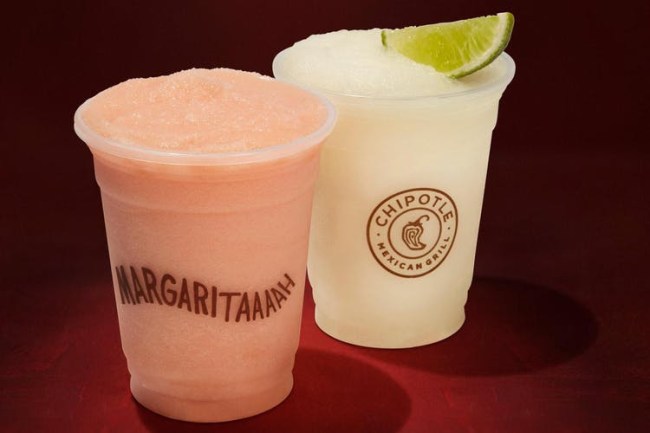 Chipotle has fallen on hard times in recent years because of several highly publicized incidents of customers getting violently ill from eating at the food chain. The fast-casual Mexican restaurant chain attempted to entice customers to return by offering a new queso, but that failed miserably. Chipotle also tried to tempt eaters everywhere when they introduced a healthier quinoa burrito. The latest way that Chipotle is trying to lure customers back to their restaurant is frozen paloma margaritas. Hard to fault the logic in using alcohol to tempt people, it’s proven to work for centuries.

The burrito purveyor is testing frozen paloma margaritas. Palomas are a tequila-based drink that features grapefruit juice or grapefruit-flavored soda. Chipotle’s palomas will be different in that they are frozen much like margaritas. Chipotle’s adult slushie will be made of grapefruit, agave nectar, citrus, and Sauza tequila. A 14-ounce cocktail will cost $6.20 and be served in a plastic cup. According to one with a tester from The Daily Meal, “she started feeling the buzz after finishing just half the glass (er, plastic cup).” The reviewer added that it was sweeter than a regular paloma, but also “tangy and boozy.” You can’t fault the logic in going with the booze and burrito in an attempt to jumpstart sales.