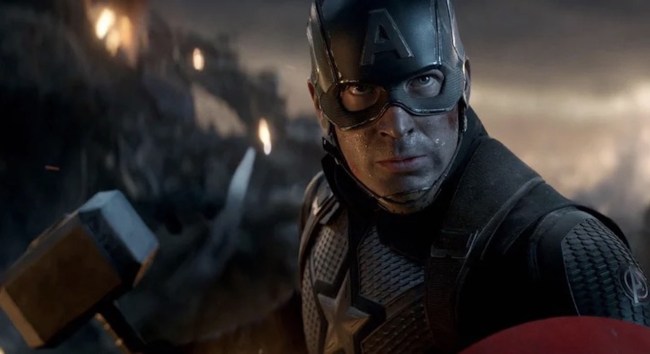 The Battle of the Hollywood Chrises has, once again, seen a shift in its power dynamics.

Just a week ago, as I was writing about how Chris Hemsworth thinks he’ll remain a part of the Marvel Cinematic Universe beyond Thor: Love and Thunder, I wondered whether or not Hemsworth — off the back of his excellent dramatic work in Infinity War and Endgame, his Netflix-record-setting Extraction, and becoming the first MCU actor to star in a fourth solo film — had become my favorite Hollywood Chris, just narrowly edging out his Chris compatriots, Evans, Pratt, and Pine.

Little did I know that just days later, the second Chris in the Chris Power Rankings, Chris Evans, would accidentally upload a photo of his dong to the internet.

Chris Evans appeared to accidentally upload nude photos of himself while attempting to post an Instagram video on Saturday.

While playing a game of “Heads Up,” the “Captain America” star, 39, shared a video with his 5.7 million followers without trimming the clip, which then revealed a gallery of videos and pictures, including one featuring a photo of an erect penis. [via Page Six]

If you’ve been alive for the last decade or so, then you can understandably relate to Evans’ mishap, as I’ve lost count of the times I’ve accidentally posted or texted something I shouldn’t have. The difference between Chris and I is — you know, other than the fact he’s am A-list movie star — that I’m insignificant enough that when I do something stupid on the internet, I’ve got time to delete it without anyone noticing. Evans, on the other hand, has 6.3 million followers on IG, meaning as soon as he clicks “send”, it’s already too late.

Naturally, though, Evans has since handled the situation like an absolute champ, as he’s not only used the spotlight to remind people to vote, but he’s managed to get in front of a camera and own up to it in a far more charming fashion than you or I could ever dream. Perks of being an internationally beloved actor, I suppose.

Chris Evans appears on Tamron Hall’s show to address the elephant in the room from this weekend. pic.twitter.com/bLjGO9wJWv