Chris Hemsworth Came Really Close To Not Playing Thor, But Who Almost Did Is Even Crazier 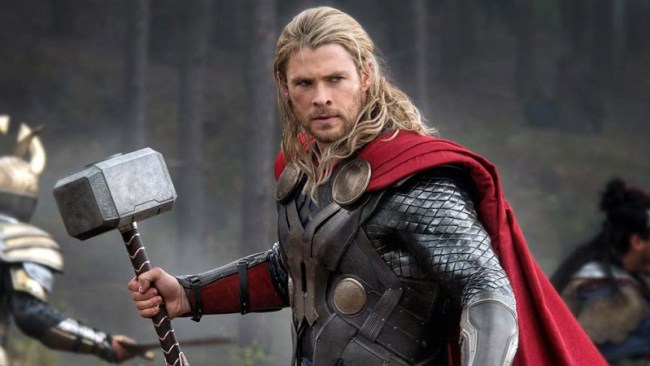 At this point, can you imagine anyone but Chris Hemsworth playing the role of Thor? He’s been so perfect in the role it seems hard to fathom someone else playing the Asgardian god.

It almost happened though. In fact it came very close to happening, and the guy who almost took the role is related to him.

So tell me my favorite story, which is when you auditioned for Thor because I would have thought that you walked into the room and they said, ‘Okay. That’s it. We’re done. He’s the guy. There can’t be anybody better than this.’ But that’s not what happened.

I remembered reading the breakdown for Thor and it said, ‘Must be over 6’3″ and 200 pounds,’ and so on. I thought, ‘Oh cool. This is the one thing that sort of fits me.’ Most of the time, I’d have to lie about my height and say I was a little shorter and so on. I’d only get cast or auditioned for the football player or something. So I thought, ‘Great. This is up my alley.’ I came into the audition with Kenneth Branagh and thought I nailed it and then never heard anything back.

Months went by and then my brother, my little brother, Liam, was in Australia and sent a tape across and he got a call back, then another call back and then was down to the last kind of four or five people for it. I remember sitting in Vancouver, shooting Cabin in the Woods with Drew Goddard and Joss Whedon. Both of them were looking at the trades at this sort of top five guys for Thor and saying, ‘Why aren’t you in the mix here? What happened?’ I said, ‘I don’t know. I blew my audition I guess.’ None of those guys got it.

My manager then called up and said, ‘You know, he’s got an older brother. Can we bring him back in?’ So I did an audition in Vancouver in this hotel room with my mum reading Anthony Hopkins’ part. She must have nailed it because it got me back in the room and that second audition was a lot different than my first one. I came in kind of with a little, I guess, motivation and maybe frustration that my little brother had gotten further than me. It’s a little family, sibling rivalry sort of kicked up in me. Then it moved pretty quick from there. It was cool.

Brothers, am I right?

Do you have his hammer? When I interviewed Chris Evans, he’s got Captain America’s shield and stuff in the house. You’ve got boys. Have they experienced the hammer?

I do have the hammer at home. Because each film each director sort of alters it a little bit, so I’ve got a couple of them. They’re a little heavy for me kids to pick it up, but one of my boys in particular is obsessed with Thor and the whole world. The other two are like, ‘Yeah. Dad’s Thor. Whatever,’ but my son, Tristan, jumps off the kitchen bench on a daily basis. He yells all sorts of motivating warrior cries and so on. I come home from work and he’s like, ‘Papa, did you fight the monsters? Did you beat up the monsters?’

Kids, am I right?

Eh, that’s okay, Chris. Based on the fact that Woody Harrelson didn’t even realize that you and Liam were brothers, despite working with Liam on multiple films, it probably would have worked out about the same. Right?