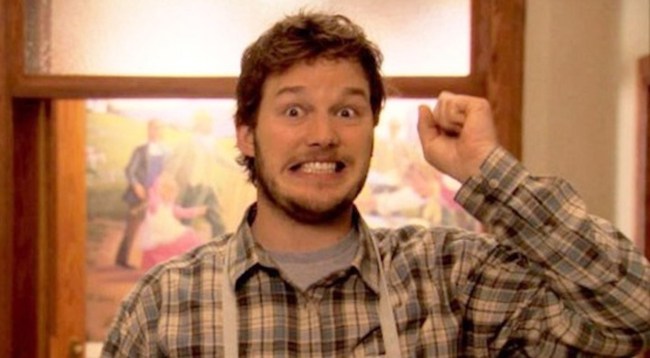 You ready for a fucking bomb to be dropped on your face on this glorious Friday afternoon? I think Parks and Rec is better than The Office. That’s my opinion and its probably a bad one but I stand by it. Michael Scott may be funnier, but I enjoy the character of Ron Swanson more. Sure, Ed Helms and Rainn Wilson were excellent comedic television actors, but Parks and Rec casually had Aziz Ansari and Chris fucking Pratt as their supporting players. The former is one of the biggest stand-up comics in the country and the latter is one of the biggest movie stars in the world. I haven’t even mentioned the likes of Amy Poehler, Aubrey Plaza, Adam Scott, Rob Lowe, and Rashida Jones (who was also on The Office, which is weird, but I digress).

So, there you have it: that’s my hot take and I’m standing by it, dammit. My Twitter handle is at the bottom of this article if you want to say mean things to me on the internet (although tread lightly, I’ve been known to son people left and right with my vastly superior intellect — suck it, nerds).

Plus, not only did Parks and Rec feature Chris Pratt, but it featured thicCcCcCc Chris Pratt. So thiCcCcCcCc, in fact, that the now superhero-shredded Pratt recalls once eating 16 racks of ribs while on set… in one day.

“They gave us dinosaur-sized portions. And so I didn’t have anything to say in the scene. So inevitably I wanted to try to get some screen time and I decided I would eat one rack of ribs per take,” Pratt said told Jimmy Kimmel.

“And if the camera happened to catch me, I would absolutely be inhaling ribs. I went through 12 racks of ribs, which is the equivalent of six pigs. If I can make [co-star Nick Offerman] laugh, it tickles me to no end. And so I knew it was making Nick laugh. I was making myself sick,” Pratt said.

“And then at lunch, because our catering company was creating the ribs, they cooked ribs,” he added. “I sat down with another four racks of ribs next to Nick. And ate the ribs, and I got a big laugh. I gave myself a food coma.”

This is what makes Chris Pratt just the absolute best: at the end of the day, he’s just a pork-loving, beer-drinking regular dude like you and me — he just so happens to be an internationally famous actor who stars in billion-dollar franchises. Nbd.