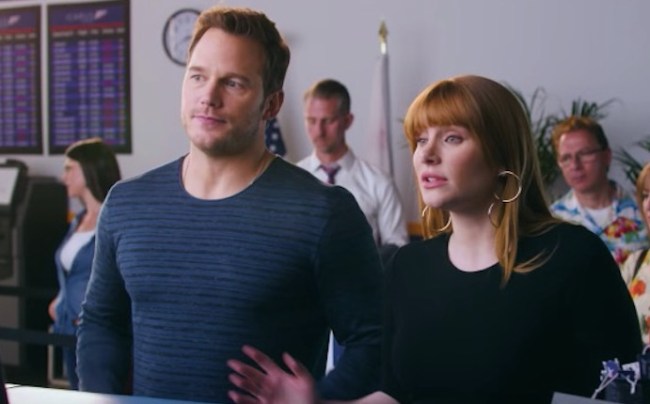 We’re about five weeks away from Jurassic World: Fallen Kingdom hitting theaters starring Chris Pratt and Bryce Dallas Howard. Don’t be shocked if you wake up every day over the next month to see one of them appearing on GMA or TODAY as the hype train builds for this film…But, while this video below is hype for the latest installment of the Jurassic Park franchise it’s also the #2 trending video on YouTube because it’s damn good.

I actually wasn’t overly stoked for this movie until the trailer that played before The Avengers: Infinity War. Based on the initial footage, it seemed as if they were giving away the entire plot of the film in a trailer but it turns out to be the exact opposite. The early trailers were merely setting up the rest of the film which actually looks like it’s going to be an action-thriller worth seeing…Maybe not opening weekend because it’s a relatively kid-friendly film and theaters will be packed but I’ll certainly throw $20 at an IMAX ticket at some point to see it on the good screen.