Chris Pratt Had A Busy Saturday — Played Golf With Rob Lowe, Got Married To Katherine Schwarzenegger 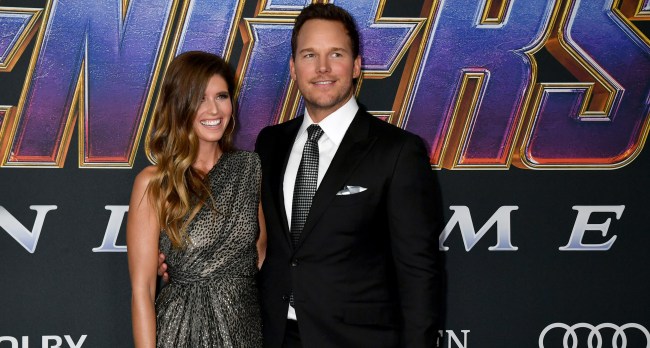 Back in January, Chris Pratt and Katherine Schwarzenegger announced they were engaged. This past Saturday, they made it official, getting married at the San Ysidro Ranch resort in Montecito, California.

But not before Pratt and his Parks and Recreation pal, Rob Lowe, joined several friends for a round of golf Saturday morning in Santa Barbara.

They all seemed to be having a very good time on the course, stopping to snap several photos in anticipation of the big ceremony awaiting Pratt later in the day.

As for the wedding itself, Chris and Katherine – the daughter of Arnold Schwarzenegger and Maria Shriver – held a rehearsal dinner at Lowe’s estate in Montecito (which at last check, was available for just $47 million).

After the ceremony, guests enjoyed cocktails on the lawn while a live band played. As for the food served during the reception, the bride and groom had a selection from a “very vibrant menu,” an insider says. “They are using only local food. It’s a lot of fresh vegetables. They didn’t want the menu to be too heavy, or rich. It’s more of a light summer menu,” the insider shares. “For dessert, there are lighter options as well like raspberries, blueberries and red currant.”

During the reception, Pratt made a speech and thanked their guests for joining him and his new bride on their special day. In addition, guests danced to Bruno Mars’ “24K Magic” and ”Uptown Funk” as well as Neil Diamond’s “Sweet Caroline,” Journey’s ”Don’t Stop Believin’” and Miley Cyrus’ ”Party in the U.S.A.”

Following the ceremony both Pratt, 39, and Schwarzenegger, 29, shared the same photo to their Instagram accounts with a caption that read, “Yesterday was the best day of our lives! We became husband and wife in front of God, our families and those we love. It was intimate, moving and emotional. We feel so blessed to begin this new chapter of our lives. We are so thankful to our families and our friends who stood with us, and grateful to Mr Giorgio Armani, who created a once in a lifetime dress for me to wear, and for Chris, the perfect suit. This morning we feel nothing but blessed.”

Wow. You KNOW it’s a big event when Cypress Hill is giving you props in the comment section of your wedding photo.