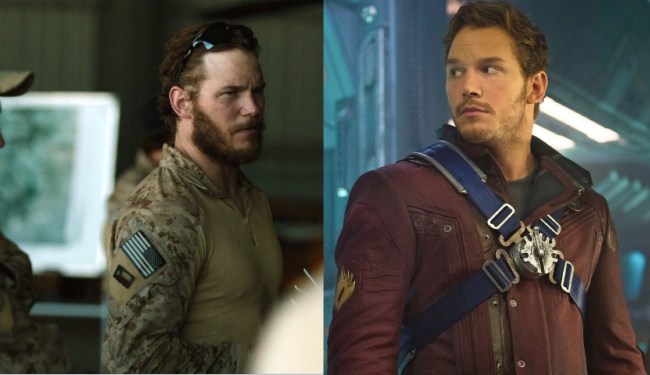 Over the course of his decade-plus career, Chris Pratt has played all sorts of different roles, from comedic and often schlubby scene-stealers to ripped, movie-leading action heroes. Thanks to roles in franchises such as Jurassic World and Guardians of the Galaxy, Pratt has now established himself as one of the premier action stars in the business.

One of the key parts of Chris Pratt’s transition from Parks and Rec funnyman to A-list action star was his role as DEVGRU operator Justin Lenihan — who some believe was possibly based on real operator Robert O’Neill — in Kathryn Bigelow’s 2012 war drama Zero Dark Thirty.

After spending the last few years virtually only starring in franchise films — the MCU, Jurassic World, Pixar, and The Lego Movies — Pratt will be returning to a more grounded project this month when he stars in Prime Video’s new series The Terminal List, which is based on Jack Carr’s novel of the same name.

During an interview with BroBible’s Post-Credit Podcast, we asked Pratt what the difference is between playing grounded heroes like Lt. Commander James Reece in The Terminal List or Justin Lenihan in Zero Dark Thirty and more nonfictional heroes such as Peter Quill in Guardians of the Galaxy.

As Pratt mentions, his co-star Taylor Kitsch also has a history with and an affinity for the military community, having starred in Love Survivor alongside Mark Wahlberg back in 2013.