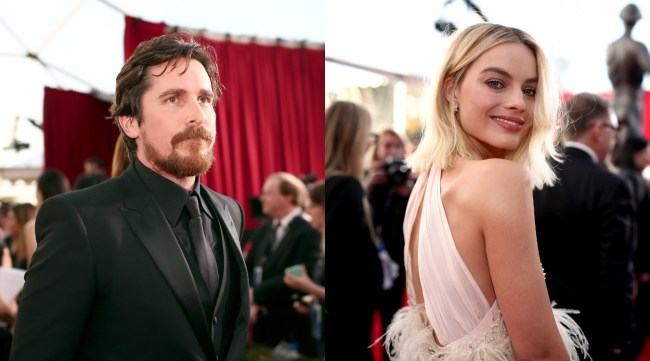 David O. Russell — director of hit films such as The Fighter, Silver Linings Playbook, and American Hustle — has found the stars of his next film.

According to various reports, Academy Award-winner Christian Bale and Academy Award-nominee Margot Robbie have been tapped to star in Russell’s next feature film, which is based on an original idea.

Margot Robbie has joined Christian Bale in David O. Russell’s new film, based on an original idea from the filmmaker. Film is set up at New Regency.

Russell and Bale have teamed up a couple of times during the course of their careers, as Bale has starred in The Fighter and American Hustle. For his performance in The Fighter, Bale won the Academy Award for Best Supporting Actor. Bale has been on quite the run in recent years, as three of the last six films he has starred in — The Big Short, Vice, and Ford v. Ferrari — have been nominated for Best Picture at the Oscars.

Robbie is also fresh off of an Academy Award nomination as she was honored for her performance as Kayla Pospisil in Bombshell.

At this time, plot details are scarce, as there is no word on what the movie is about, when production will begin, when it will be released, and what it will be called. Additionally, no other actors are rumored to be attached to the project at the time of this writing.