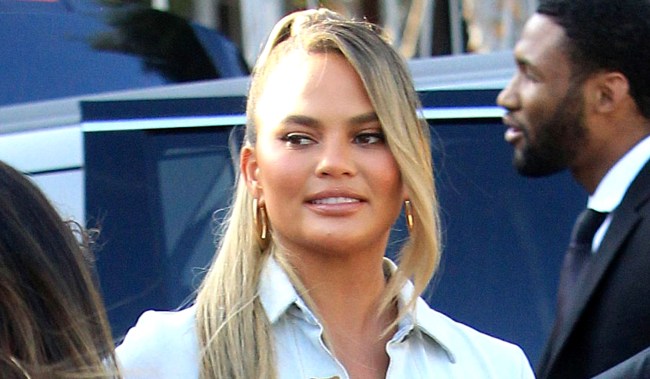 There are very few celebrity Twitter accounts who I consider to be must-follows: Ryan Reynolds, Sylvester Stallone, Ben Schwartz, Anna Kendrick, and ummm… did I say Ryan Reynolds? Oh yeah, and Chrissy Teigen.

Reynolds and Teigen have to be numbers 1A and 1B on my list. They are just so far and away more entertaining than any other celebrity on Twitter. Reynolds is a bit funnier, but he doesn’t post nearly as often as Teigen, thus the 1A/1B ranking.

For example, Tuesday night Teigen sent out this tweet about how she accidentally posted her email address on Twitter.

Doing something like this is not new territory for Teigen. When she published her cookbook in 2016, there was a photo of her dog Pippa complete with her phone number on the collar.

Early purchasers of my cookbook were gifted with my tiiiiiny phone number on Pippa's collar on page 111. Learned this after 100 or so calls!

This time, however, instead of getting hundreds of phone calls, everyone with a FaceTime account who saw Teigen’s email address tried to hit her up.

Chrissy being Chrissy, she had someone record the situation which included her interaction with a random stranger. Watch…

oh my god people are FaceTiming me. was 100% sure this would be a penis but nope just a nice stranger pic.twitter.com/yuPAThQjPf

please stop I have a family pic.twitter.com/koEnVzkCes

Eventually, she just had to disable and change her email account.

everything disabled and changed emails. but I love you guys and thank you for the kind words lol

On the bright side, as I mentioned…

not as bad as when I published my phone number on my dog's collar in my cookbook https://t.co/Xqn9fE3oak

Reactions to Teigen’s slip-up on Twitter were, of course, on point as usual.

I can hear John’s facepalm from here