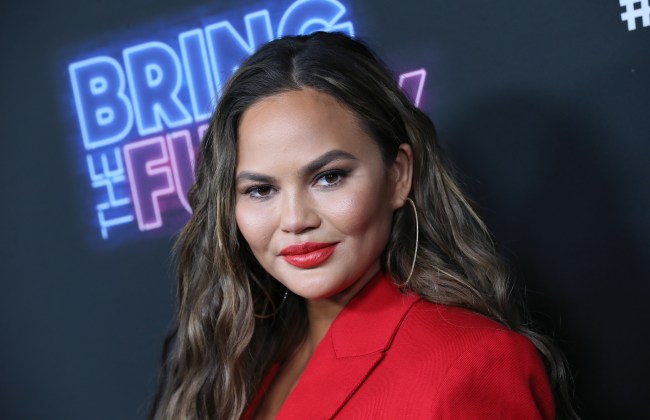 A few weeks ago, Chrissy Teigen announced that she was officially leaving Twitter. The news came as an earth-shattering shock to those of us who rely on her witticisms and insights to get through our pathetic, uneventful days. Personally, I was furious with the horde of WIFI bullies who broke her spirit and sent her packing, and I went to war for her. I wrote this blog and then ranted about it in my Alternate Side Parking Thursday series, though the clip didn’t make it to the final edit. Here it is though:

When ⁦@chrissyteigen⁩ quit Twitter a few weeks ago, I ranted in her defense. I ultimately cut it from Alternate Side Parking Thursdays, which was lucky because now she’s back on Twitter. I would have looked like such an idiot. Welcome back Chrissy. pic.twitter.com/gJ8c1NImWj

Well, as of today, she’s back. She made it three weeks and then announced her triumphant return with some off-hand, goofy tweet:

Guess what? No. That is bullshit. These were the tweets she sent out announcing that she was leaving:

But it’s time for me to say goodbye. This no longer serves me as positively as it serves me negatively, and I think that’s the right time to call something.

My life goal is to make people happy. The pain I feel when I don’t is too much for me. I’ve always been portrayed as the strong clap back girl but I’m just not.

God I have said fucked up shit and killed myself over it as much as you killed me. But one thing I haven’t learned is how to block out the negativity.

So sincere. So sad. I was furious. I hated all the people who made Chrissy feel this way. All she ever wanted was to make people laugh. Was she unrelatable at times? Sure, but only the dumbest people on earth would expect her to fit into their shoes, to understand the struggles of making car payments, to know the cries of a hungry child you can’t afford to feed (something something early Eminem lyric). If you can’t accept Chrissy Teigen complaining about the minor annoyances that come along with being a multi-hundred-millionaire, don’t follow her. She served as a model for all of us. She was someone that we could strive to emulate. We could only hope to be as wonderful as she is.

But I take it all back. All of it. You can’t sing the saddest sob story of all time and leave Twitter with a salvo of pity-seeking, humanity-condemning tweets… only to unceremoniously return three weeks later! I feel like I’m taking crazy pills!!!

Shame on me for buying your sadness. Shame on me for drinking your crocodile tears. I can’t believe I fell for it. What a dog and pony show. It’s like Brett Favre issuing a tearful press conference announcing his retirement, only to return the next year. Fool me once with your retirement, shame on me. Fool me twice, shame on you Chrissy and Brett. (And Michael Jordan, by the way. Not sure why he doesn’t get more shit for this).

Had she returned with a slightly more self-aware tweet, as opposed to some “whoopsie-daisies!” joke, that would have been fine. Hell, she could even have told us that having an active twitter is an important part of her business and she needed to keep it going for the sake of her brand. We get it Chrissy. You’re a megastar and you love tweeting. Addicted to the game. Can’t blame ya. But when you leave in a sanctimonious huff, you can’t then tweet this kind of nonsense THREE TWEETS LATER:

Ugh. I am furious. So mad I might even unfollow her.

JK. I would never. LYLAS Chrissy.