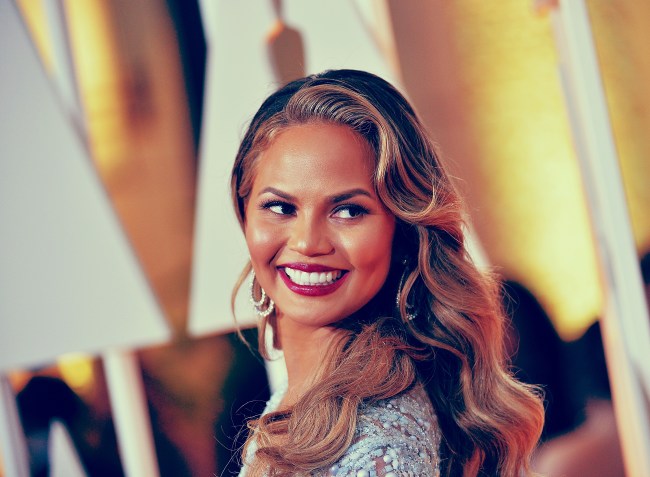 Chrissy Teigen has left the Twittersphere. The bad guys won. Thanos snapped his fingers and she disappeared to a realm of her happy children, her celebrated musician husband, and her tens—maybe hundreds—of millions of dollars. Way to go, guys! You showed her!!

You fuckers bullied Chrissy Teigen off Twitter. All she did was share recipes and tell dumb jokes. What the hell is wrong with you. pic.twitter.com/4dfGKCDA0G

Chrissy Teigen is quitting Twitter? We did it America. We fucking did it!!! pic.twitter.com/xwn2UgrNJI

lol Chrissy Teigen deleted her account, proof that you can and should make fun of rich people who post cringe daily pic.twitter.com/3Xs58gO9fa

What a joke. What a joke that these mosquitoes think they banished some evil presence from their lands. They’re all running around, gleefully showing their friends how they told Chrissy Teigen she was out of touch for complaining about the $13,000 bottle of wine she was served.

God, I wish Chrissy weren’t so nice. I wish she had made that heel turn and told these people “yep, I’m rich, sorry you’re poor, if only you had worked a little harder, you might be publishing your third cookbook too.” But no. She takes the high road because she’s a class act. Simply says “I’m done,” wipes her hands of Twitter, and instantly finds her life improved 500%.

If you’re Chrissy Teigen, can you imagine waking up the day after deleting your Twitter? You roll over in what I can only assume is the most comfortable bed in the world, in a bedroom made entirely of glass, surrounded by gently-swaying birch trees and families of doves gently cooing as the day breaks, and press the button to raise the automatic blinds. Then you unplug your phone and go to check Twitter and—oh! That’s right! Haha silly me, I forgot I’m no longer shackled to that app. Totally forgot that the armies of faceless amoebae no longer have the power to drag my mood down to their dingy, unventilated cellar dwellings.

Then she turns over, sees John sleeping peacefully, and falls back asleep until 10AM because guess what? The day waits for her. That’s what happens when you’re one of the most successful people on the planet.

I am happy for you, Chrissy. Welcome to a far better life. If only I could follow your lead and hang up my Twitter cleats. Alas, I need another decade of punishment before I earn my right to retire.