Christian Bale Says He Would Actually Consider Playing Batman Again, Under One Condition 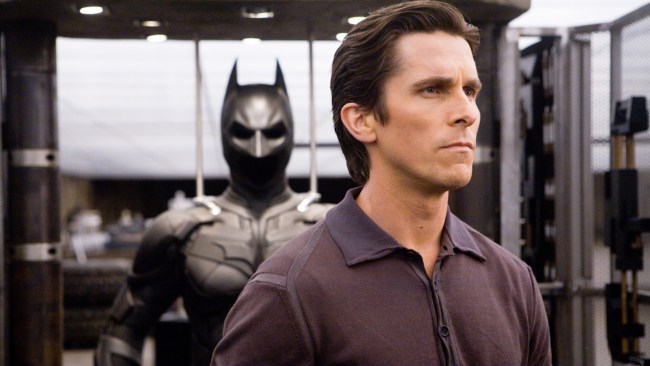 Despite the fact that Robert Pattinson has been widely accepted to be an excellent addition to the history of actors to play Batman on the big screen, there’s likely still a large portion of the movie-going population that will forever and always consider Christian Bale to be *their* Dark Knight.

If you’ll recall, though, the reason that Pattinson — and Ben Affleck, for that matter — took over the role of the Caped Crusader from Bale is that despite the best efforts from Warner Bros. to recruit him for a fourth film, the Oscar ultimately chose to walk away from the franchise.

Now that a bit of time has passed, though, Bale’s tune seems to be changing a bit as he recently told both Screenrant and Comicbook that he would consider playing Batman again, but only if Nolan asked him to.

“For me, that would be a matter of Chris Nolan, if he ever decided to do it again and if he chose to come my way again, then yeah, I would consider it because that was always our pact between each other is we would just stick to it. We said we would only ever make three. And then I said to myself, and I’d only ever make it with Chris,” Bale said to Comicbook.

“I had a pact with Chris Nolan. We said, ‘Hey, look. Let’s make three films, if we’re lucky enough to get to do that. And then let’s walk away. Let’s not linger too long.’ In my mind, it would be something if Chris Nolan ever said to himself, ‘You know what, I’ve got another story to tell.’ And if he wished to tell that story with me, I’d be in,” he told Screenrant.

What makes Bale’s quote particularly interesting is that the 48-year-old actor is essentially on the cusp of prime The Dark Knight Returns age. Published in 1986, Frank Miller’s iconic four-issue series is arguably the most popular Batman comic book story ever told and sees a 55-year-old Bruce Wayne don the Batsuit for one final time.

Given that Warner Bros. is now leaning into multiversal movie-making, there’s no reason why they shouldn’t put a BAG on Nolan and Bale’s doorstep to see if they’d be interested in adapting The Dark Knight Returns into a fourth and final film in their franchise.

RELATED – The First Reactions To ‘Thor: Love and Thunder’ Are Here: Humor, Christian Bale Receiving Most Of The Praise