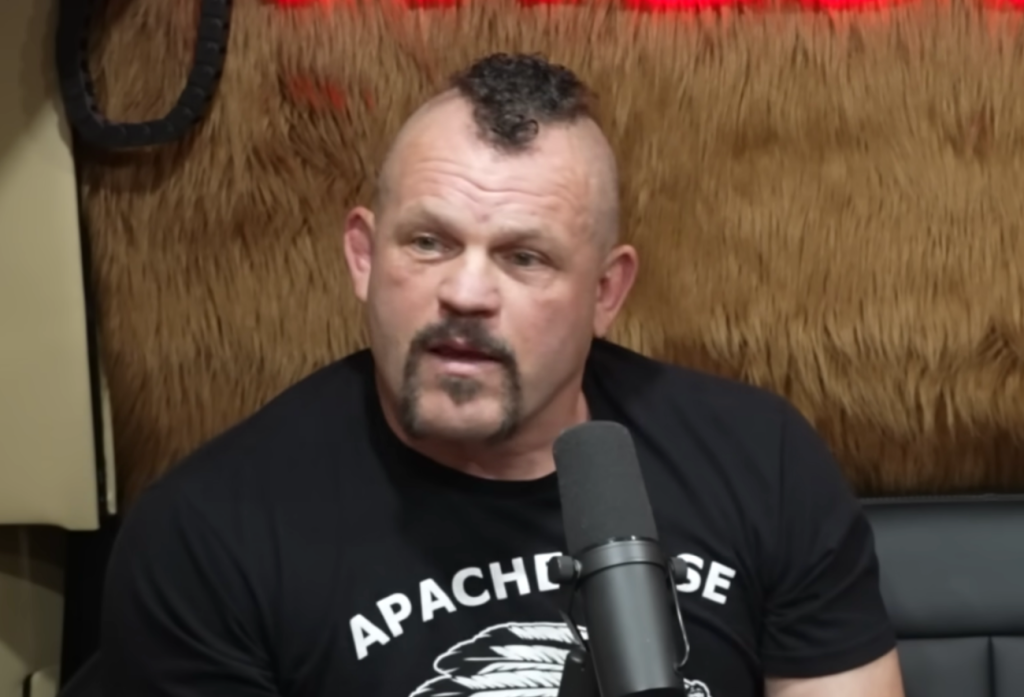 Steve-O invited MMA legend and UFC Hall of Fame member Chuck Liddell onto his Steve-O’s Wild Ride podcast to talk about everything under the sun. Chuck is from San Luis Obispo and lived there for 25ish years during his early life and fighting career. Fellow Jackass! star Chris Pontius is also from San Luis Obispo and told Steve-O to ask Chuck about a legendary bar fight.

Prior to becoming one of the most famous MMA fighters of all time and helping bring UFC to the mainstream, Chuck Liddell was a bartender. But he was still training as a fighter during the time and would double as security in the bar. Here he tells the story of fighting ‘a bunch of Navy SEALs’ at the bar and how much involvement he actually had in the bar brawl.

Here’s the full conversation on YouTube and I’ve transcribed it below for those who would rather read than watch. I have also gone ahead and included the full hour-long interview below as well so you can check out the full episode with Chuck Liddell.

Chuck Liddell: Yup, a bouncer and a bartender most of the time. But I broke up most of the fights too at the bar. It was a little easier from behind the bar actually because you could see people. You could see it happening and building before it starts.

Steve-O: So you’d jump over the bar?

Chuck Liddell: Or I’d throw ice at them and say ‘heyyyyyyyyyyyy’

Scott Randolph: Is that how you got the name ‘Ice Man’?

Chuck Liddell: Ha, that would be funny. But I’d throw ice at them and be like ‘hey, what are you doing? You go that way and you go that way. Leave each other alone.’

Paul Brisske: I picture you bartending and security’s like ‘uh, Chuck? Can you help us, please?’

Steve-O: My buddy Chris Pontius told me to ask you about like… fighting with a bunch of Navy SEALs?

Chuck Liddell: Yeah, that happened a long time ago. People ask (me) that all the time. For me, I wasn’t involved in most of it.

The first time they came in, all the guys that were training with me that were normally working at that bar were in Hawaii with us. Because we all went to Hawaii, the whole fight team. And Gan McGee was still there (former training partner), he was 6’10” and almost 300 pounds and he fought for a UFC World Title at one point. But he was involved in it and he got cut over his eye, or he got a cut somewhere on his face I think.

Then a couple of his buddies were really pissed off and everyone’s mad about it. And then they (the Navy SEALs) showed up again two weeks later and so the guys (the bartenders/fellow fighters) got back at them.

Chuck Liddell: I just grabbed his head and just moved it back and pulled his head down and slapped his head off the floor. And his head went off the ground.

He went out (knocked out). It cut open his head I think.

Steve-O: This seems a little bit out of character for you. I think that you strike me more of a ‘choke him out and then lay him down nice and soft’ (kind of guy).

Chuck Liddell: Well, typically once it goes to throwing punches I don’t do that. I did that one time in college and got kicked in the face while I was doing it. Never again. So once a bunch of people are throwing punches I try to keep my hands free.

But yeah, people ask me about that. I had this guy, maybe an ex-SEAL ask me if I was mad at him or whatever and I was like ‘nooo!’ Like, it was a bar fight. It happened. S–t happens. It’s whatever, mad for what?

Steve-O: I think Pontius asked about that or told me to ask about that because Pontius is from San Luis Obispo so it’s like a local legend.

That full episode of Steve-O’s Wild Ride podcast with Chuck aired about two weeks ago but I totally missed it until today.

Chuck has always been great in interviews and this is just another example of that so hit that ‘play’ button and smash the ‘subscribe’ button on Steve-O’s YouTube channel for more!