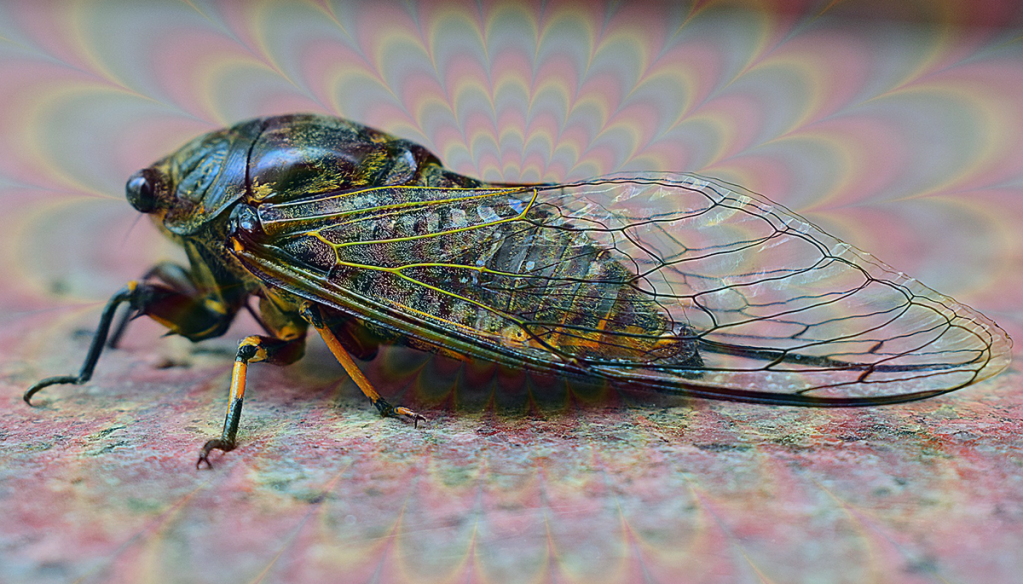 Billions of Brood X cicadas have been terrorizing parts of the United States for weeks now. Even if you haven’t seen them in person chances are you’ve heard them on TV during a live broadcast. The scream of cicadas during the PGA’s tournament two weeks ago was so loud you could barely hear the announcers. Now, a pizza shop in Dayton, Ohio has created Cicada Pizza which really doesn’t need to exist.

I have personally eaten scorpions, tarantulas, ants, and other insects. This was at a lavish party held at The Explorer’s Club in NYC. It’s the place famous for once serving ‘Mammoth’ to its members. It was a ‘when in Rome’ moment so I went along with eating the insects. Buuuuuut we really didn’t have to. There’s no actual need to eat bugs.

I’ll admit that this Spicy Thai Cicada Pizza from The Pizza Bandit in Dayton, Ohio actually looks a lot tastier than expected. But that doesn’t mean that it needs to be eaten or even exist in the first place. We can all let the zombia cicadas wither away without eating them.

These are ‘locally foraged cicadas’ in the Cicada Pizza. That makes perfect sense because it would be really odd if they traveled hundreds of miles to gather cicadas for this Spicy Thai Pizza.

The FDA previously warned people not to eat cicadas if they are allergic to seafood. This obviously extends to Cicada Pizza. Somehow these insects are distant relatives of shrimp and lobsters so if you have a seafood/shellfish allergy this pizza isn’t for you.

Again, we do NOT need to eat this. It doesn’t need to exist. We’re doing JUST FINE as a society without eating Cicada Pizza. In fact, I might eat a caesar salad and ribeye today just to remind myself that I’m not willfully eating bugs. And it’s not a taste thing.

Again, I’ve voluntarily eaten bugs and arachnids. I have also tasted cow’s brain, a putrid fermented whale in Iceland, and countless other bizarre foods. But I’m a firm believer that eating Cicada Pizza is a serious waste of time.

Lastly, if you choose to eat Cicada Pizza make sure it isn’t covered in cicada piss.