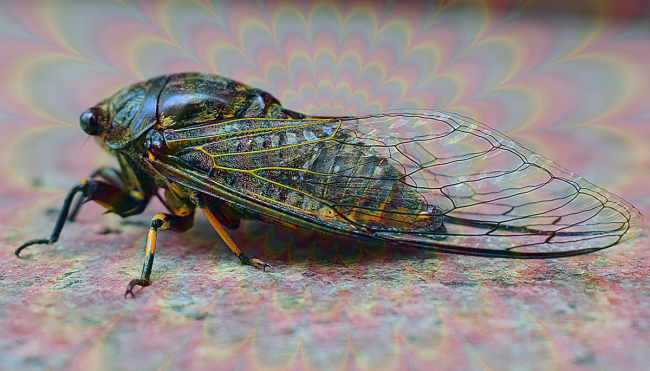 After spending the better chunk of a year largely cooped up in their homes, people around America are understandably amped to return to a state of relative normalcy as the pandemic seemingly starts to subdue and the summer inches closer. However, that wait is child’s play compared to the trillions of cicadas on the verge of emerging from the underground lairs where they’ve been biding their time for the past 17 years.

Last summer, we got a tiny preview of what’s in store when more than a million cicadas that make up what is known as “Brood IX” took areas of the Mid-Atlantic by storm. However, that squad has nothing on Brood X, a collection of trillions of bugs that haven’t made an appearance since the world was trying to stop the spread of SARS and making sure it would harness the lessons it learned to ensure we’d be more than equipped to deal with any similar respiratory diseases that may arrive in the future.

Thankfully, the bugs that have already begun to pop up in the Southeast don’t pose any real threat to humans aside from being creepy as hell—especially when you consider many of them will find themselves dealing with a pandemic of their own courtesy of a mind-controlling fungus capable of turning them into zombies.

Last year, a group of scientists published a paper concerning their investigation into a parasitic invader known as Massospora. While others had researched the fungus prior to that point, that team was the first to discover its ability to infiltrate the abdomen of male cicadas and use the spores that grow inside to control their motor functions with the help of psilocybin and other psychoactive chemicals it uses to facilitate its spread.

Once the host is successfully occupied, the fungus is able to manipulate the wings of the bugs in a way that mimics the mating rituals of their female counterparts, which lets them lure in more males who in turn allow the vicious cycle to proliferate.

If this sounds like something you’ve heard before, it may be because researchers discovered a similar fungus capable of creating zombie ants a couple of years ago. Thankfully, it doesn’t pose a threat to humans, so we don’t have anything to worry about aside from the fact that nature is more terrifying than we’ll ever be able to comprehend.