2020 Continues To Stay Very On Brand As More Than 1 Million Cicadas Are Set To Take Over 3 States In The U.S. 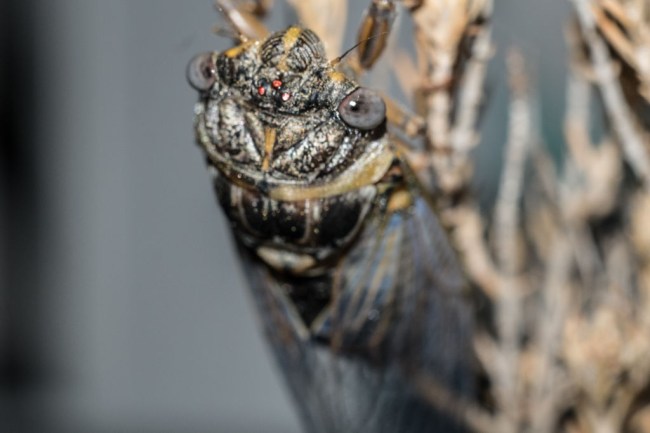 If 2020 wasn’t already off to one of the hottest starts ever, things are about to get a bit worse for residents of a few places around the United States thanks to cicadas. And if you’ve ever been lucky enough to live somewhere to see these disgustingly loud bugs, you know how miserable they can be.

According to AccuWeather, a group of 17-year cicadas dubbed Brood IX has started to emerge in northwestern North Carolina, southeastern West Virginia as well as southwestern Virginia.

These things live underground and only appear above ground once every 17 years as their name suggests. The decide to emerge from underground when the weather warms up in the 17th year. The adults will only be around for a few months after mating and creating the horrible sound before dying by the end of the summer.

That’s the scene that’s set to play out in a small pocket of the eastern U.S. in the coming weeks. Different cicada broods follow different timelines, and 2020 is the year the newest generation of Brood IX makes its debut. The group is estimated to comprise nearly 1.5 million insects, according to Mental Floss. When the soil warms up to 64° F, the first of the bugs will make their ascent. The ground typically reaches that point in mid-May, but due to recent cold weather in the mid-Atlantic, the cicadas may arrive to the party later than usual.

While cicadas aren’t like wasps or bees that will fly around you and annoy you, they’re still an unbelievable nuisance. According to Mental Floss, a chorus of male cicadas looking for a mate can reach up to 100 decibels, which is as loud as a car stereo’s volume maxed out.

As someone who did live thru a summer with cicadas in Tennessee, the noise truly is horrendous. While it is one of those things that after a while you just get used to, the first week or so can be pretty brutal. Just when you think they can’t get any louder, they do.