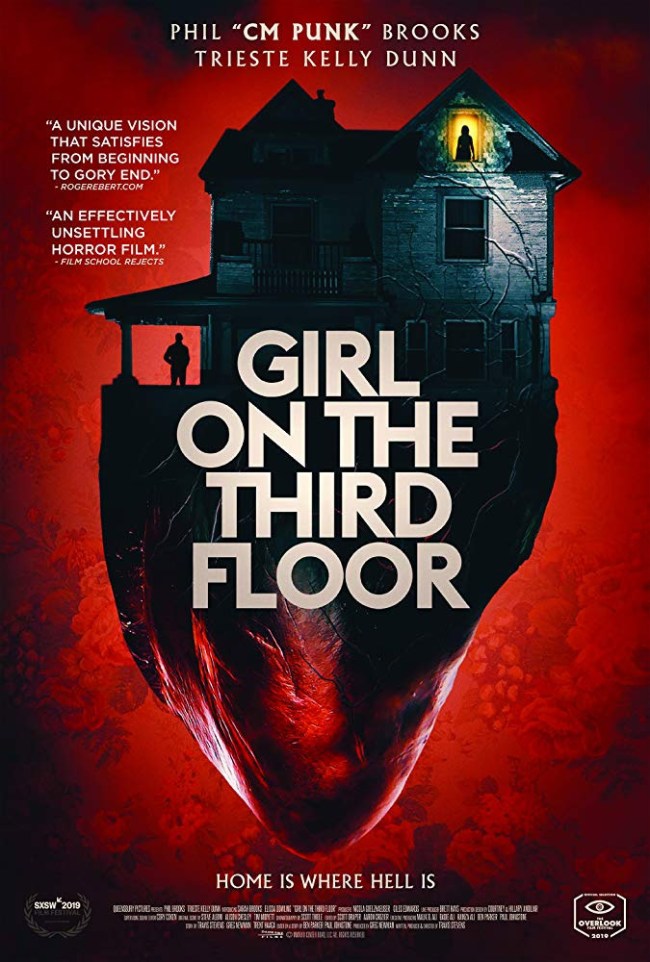 Oh hell yes. For anyone, like me, who was wondering what the heck Phil Brooks, AKA CM Punk, has been doing since his embarrassingly bad foray into mixed martial arts, we have an answer for you… a fantastic answer.

Turns out that the 40-year old Punk has been doing some acting (when he isn’t getting into fights with fans while trying to commentate on Cage Fury MMA shows, that is).

No, not in a wrestling ring, sorry. In schlocky independent horror films!

First, we know that he acted in a movie called Rabid – a remake of the 1977 film of the same name by David Cronenberg – playing “Billy.” That’s all I know about the role. “Billy.” Also of note, his wife, AJ Mendez, AKA AJ Lee of WWE fame, plays “Kira” in the movie.

Rabid premiered at the London FrightFest Film Festival on August 26th. As for whether it ever hits theaters, we don’t know yet, but it seems unlikely.

The real news today, however, is another film role CM Punk took on, starring in upcoming horror flick Girl on the Third Floor, which is set for release on October 25th.

In this film, Punk plays the main character Don Koch, a husband who gets more than he bargained for when he bought a house to renovate. A lot more. DUN DUN DUN. 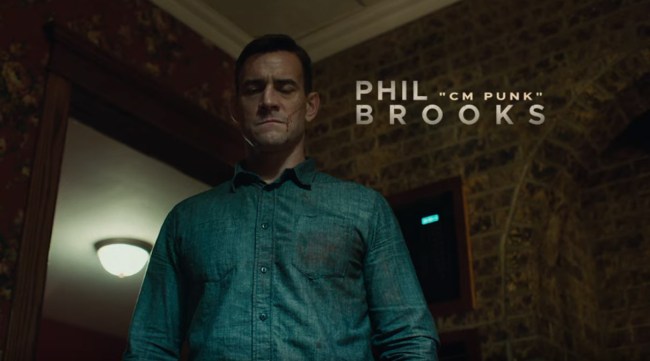 Bursting pipes, rotting walls, and unidentifiable slime were not what Don Koch (WWE legend Phil “CM Punk” Brooks) expected when he convinced his wife, Liz (Trieste Kelly Dunn), that he could rehab their new Victorian home himself. In over his head, under duress, and tempted by his old weaknesses, Don soon discovers that the house has its own dark, sordid history and won’t be so easy to renovate after all.

The film has apparently been finished for some time now as reviews of Girl on the Third Floor came out in March.

Sold yet? Its got a 100% rating on Rotten Tomatoes so far!

Check out the trailer below and tell me it doesn’t look fantastic.

If you can’t wait to see until October 25th to see Punk in Girl on the Third Floor, he will also be appearing, in a wrestling ring, at Starrcast III this weekend!

After five long years, @cmpunk is BACK in the ring! What’s he got to say? Don’t miss a minute LIVE on #STARRCASTonFITE! Pre order now worldwide and get 70 shows with unlimited replays including #starrcast 1 and 2! @FiteTV https://t.co/tZJ5cb7ryi pic.twitter.com/P9L0ti0lUu

Dude really needs to just suck it up and return to the WWE, don’t you think?