Customs Agents Seized 44 Pounds Of Corn Flakes Coated In Cocaine Worth Up To $2.8 Million 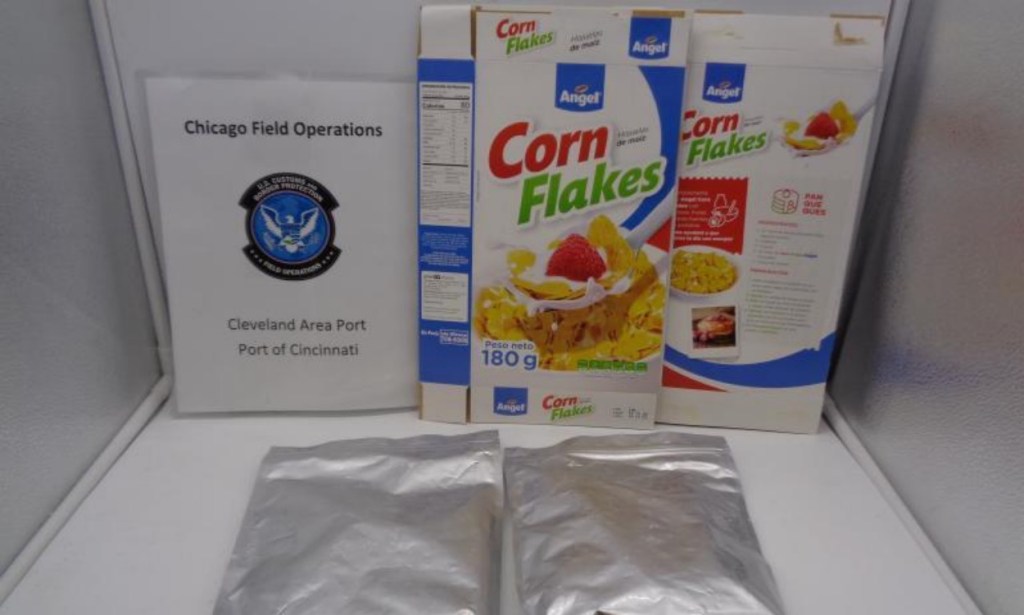 Sugar is not great for your teeth, or so I’ve been told my entire life. I’ve never actually done any independent research on this and put my own teeth on the line. But a lifetime of dentists telling me that chugging high-sugar sodas and crushing high-sugar cereals and snacks will rot my teeth has probably prevented me from packing on extra pounds over the years so I’m not really complaining.

Now I’m being led to believe that there’s a risk of encountering Booger Sugar™ on my cereal in addition to enough regular sugar to rot my teeth away. Customs and Border Patrol agents in Cincinnati apprehended 44 pounds of corn flakes cereal that was coated in cocaine instead of sugar.

The average box of cereal weighs 500 grams or 17.6 ounces. There are 16 ounces in a pound. So this was quite a few boxes of cocaine cereal that were apprehended and CBP stated in a press release that this Booger Sugar™ cereal would have had a street value of up to $2,822,400. 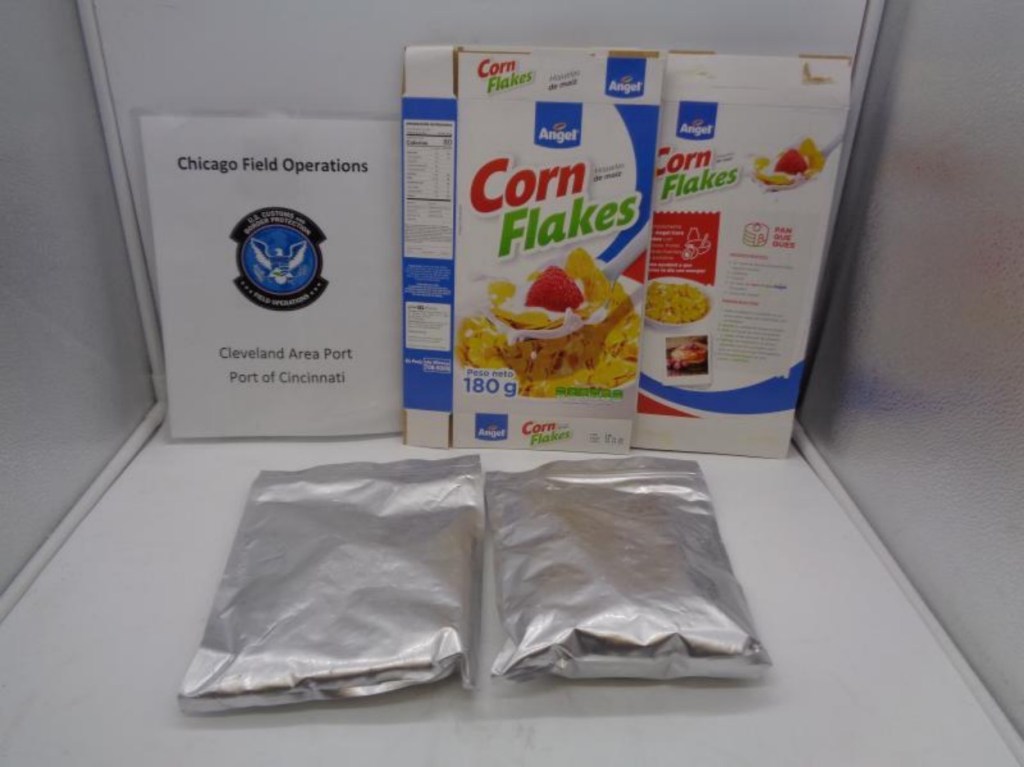 It appears as if the cocaine corn flakes were only in the USA on a layover and were headed from Peru to Hong Kong but the shipment got flagged:

CBP Narcotic Detector Dog “Bico” was working incoming freight from Peru when he alerted to a large shipment of cereal headed to a private residence in Hong Kong. When officers opened the box to take a closer look, they saw that the cereal contained white powder, and the flakes were coated with a grayish substance. Officers tested the flakes and powder and found they contained cocaine, a schedule II substance under the Controlled Substances Act.

Cincinnati Port Director Richard Gillespie emphasized that smugglers will hide narcotics in anything imaginable. “The men and women at the Port of Cincinnati are committed to stopping the flow of dangerous drugs, and they continue to use their training, intuition, and strategic skills to prevent these kinds of illegitimate shipments from reaching the public.”

This is almost certainly not the first time that drug smugglers have attempted this even if it’s the first time they’ve been got by Customs and Border Patrol for doing it. They will try anything and everything to get drugs across a border. And I’m now envisioning pretty much every product on the planet that’s covered in sugar being used by the cartels to hide cocaine.

My mind is wandering to cocaine-covered Ginger Bread Houses at Christmas, candy canes, pop tarts, every type of gummy snack that’s covered in sugar, baked goods, and a million other options. The stats on the amount of drugs CBP confiscated in 2020 will actually blow your mind if you’re curious and want to read more. On an average day in 2020, CBP confiscated ‘3,677 pounds of drugs, $386,195 illicit currency seized, and $3.6 million worth of products with Intellectual Property Rights violations’….That’s EVERY SINGLE DAY.

They published a 2020 roundup of stats on a typical day in 2020 which you can check out here.