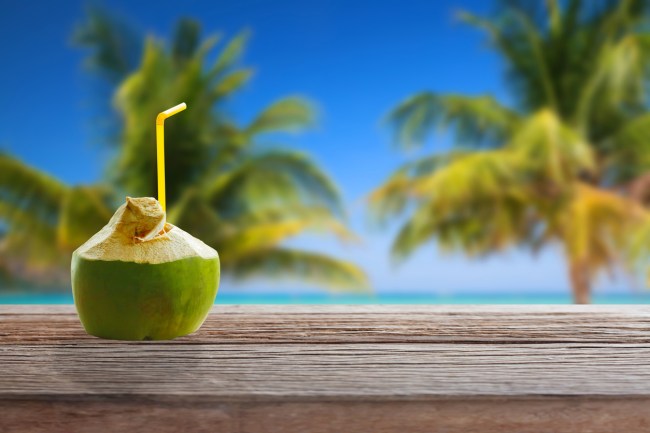 It takes a lot to get noticed on Twitter. It’s difficult to garner any positive attention when there is a constant spewing of negativity like the river of psychomagnotheric slime in Ghostbusters 2. But one coconut water company was able to break through with a viral tweet with some quick-thinking and a very full bladder.

A Twitter user was giving a very typical “unpopular opinions” post with milquetoast greivances about candy corn, Beatles and Britney Spears. The user also had a “hot take” that “coconut water is disgusting. Even if it is from a baby coconut.” This opinion irked the social media manager for Vita Coco since that refreshing cloudy water is what pays her bills. So she sounded off with a reply that “there is such a thing as too many eggs” because the Twitter account joked that they were an “owner of an all you can eat egg restaurant” in their bio.

Unpopular Opinion: there is such a thing as too many eggs.

That started a Twitter beef. But Vita Coco attempted to squash the ill feelings by offering some of their coconut water, but the anti-coconut water guy wasn’t having it. “F*ck that. Save that nasty sh*t for someone else. I would rather drink your social media persons piss than coconut water,” said the Twitter troll.

Fuck that. Save that nasty shit for someone else. I would rather drink your social media persons piss than coconut water.

The photo of the jug of urine has over 13,000 Likes after only a few hours. It literally took a jug of piss to turn heads on Twitter. Next time you have a drug test for a new job that you might not pass, simply insult Vita Coco on Twitter and get ready to get a fresh shipment of urine shipped to your home to fill up your Whizzinator.

Thank goodness that the Vita Coco employee had such a large jug for her urine, I mean that appears to be way more than a six-pack of beer bottles worth of piss.