College Football Coach Calls Illegal 4th Timeout To Tell His Players He’s Retiring After 52 Years, Walks Off Into The Night 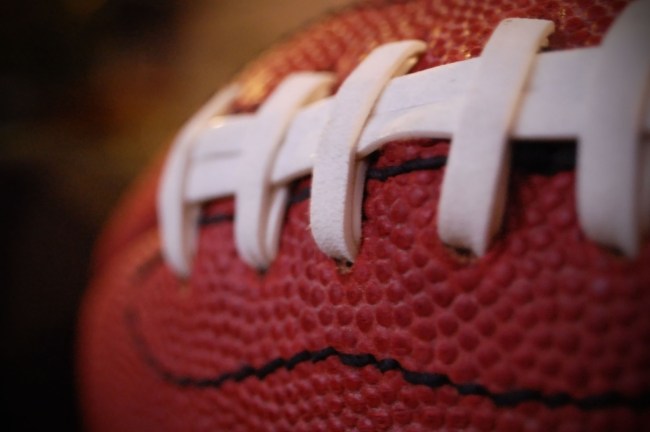 Denny Douds had been the head football coach at East Stroudsburg University in eastern Pennsylvania for the past 45 years. In total, he’d been coaching at the school for 53 years.

Just let that sink in for a moment, the man had been coaching at this school since 1965. That’s the same year Winston Churchill died. The same year George Harrison of The Beatles had his tonsils removed. The USA was engaging in regular bombing of North Vietnam. It’s the year Malcolm X was assassinated and Mickey Mantle hit his first indoor homerun and that’s all before mid-April of the year.

That’s stuff from the history books that was already ancient by the time we were all in school and that’s also the year Denn Douds started coaching at East Stroudsburg University. Last weekend, he threw in the towel and announced his retirement after 53 years with the school in one of the strangest ways possible: by calling an illegal 4th down and getting his own team penalized.

According to SI’s Dan Gartland, the East Stroudsburg Warriors were down two TDs against Ohio Dominican University when the coach decided it was time to retire. So he called over the refs and told them what he was thinking:

“I nudged the official in front of me and I said, ‘Sir, we are going to call a fourth timeout. I know that’s illegal, you’re going to penalize it, but that’s OK. I’m retiring,’” Douds told WNEP. “I called timeout with four seconds to go, blew the whistle, the kids came in and I told them this is what we’re doing.”
The plan caused some confusion on the field but Douds did walk off the field as planned and right to his car.
The Warriors have two road games left this season and will be coached by associate head coach Jimmy Terwilliger, a former record-setting quarterback under Douds. Terwillger’s father, Mike, also played quarterback under Douds and has been the offensive coordinator for ESU since 2001.
“I told my wife when I leave the stadium, I am going to tip my hat and say, ‘I love ya,’” Douds told WNEP. “I tipped my hat, walked to the car, and smiled all the way home.” (via)

If that isn’t some shit straight out of the 1960s then I don’t know what is. The man tipped his hat? Who the hell tips their hats anymore as a truly meaningful gesture?

As you can see from this clip below, everyone on the field was all sorts of confused as the coach retired/quit on his players without telling anyone what was happening.

Here's the footage of East Stroudsburg’s (D2) longtime coach Denny Douds calling a 4th time out at the very end of a game to tell his team he's retiring after 45 seasons—he then walks off the field alone, tipping his hat as time expires on the way to his car. He did it his way. pic.twitter.com/3f7tSKng6s

I get wanting to go out on your own terms after 53 years. He’s earned it. But didn’t his players also earn the right to at least be told what was happening at the time? They committed to play for this coach but he just walks out on them during a game without an explanation. It seems like he could’ve handled this a little bit better.