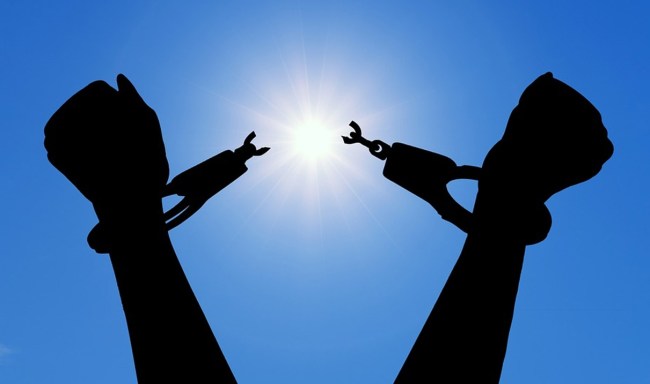 Jailed Colombian politician Aída Merlano made one hell of a daring escape by climbing out the window during a prison-approved dental appointment.

Merlano, 43, was caught on CCTV escaping from an orthodontist office by climbing out the window and using what appears to be some kind of red rope or tape to reach the ground (landing with quite a thud), then climbing on to the back of a waiting motorcycle and speeding away.

The former Colombian politician who was imprisoned for electoral fraud after for buying votes in the 2018 Colombian elections and sentenced to 15 years, escaped custody despite a prison guard escort because the dentist suggested the guard wait outside, reports Sky News.

According to The Daily Mail…

Colombian outlet Blue Radio obtained images that showed Merlano’s son lying down on the dentist’s chair moments earlier. Her daughter was reportedly nearby.

Merlano served as a member of the Colombian House of Representatives from 2014 to 2018, and won her senator seat in the 2018 elections.

But the mother-of-two was arrested in March 2018 after authorities raided her campaign headquarters and discovered a cache of voter identification cards, electoral certificates, cash, a notebook with names and weapons.

So she just up and left her kids at the dentist. Nice.

Merlano was charged with four counts, including paying $1.7 million for the purchase of votes for the 2018 legislative elections. She was also accused of exceeding the campaign finance by spending $494,000, well over the $252,000 limit.

268 million Colombian pesos (around $77,000) in cash and firearms were found at her campaign headquarters when she surrendered to authorities last year.

RCN reports that prisoners such as Merlano are allowed to use outside medical providers if they desire and are willing to pay for it themselves.

Investigators are unsure is the dentists or someone else at the medical facility was complicit in Merlano’s escape.

Her escape has since led to the director of the National Penitentiary and Prison Institute and the warden of the penitentiary where Merlano was being held to both be fired.

Merlano was reportedly scheduled to appear at a hearing on the day she escaped to discuss the possibility of her 15-year prison sentence being reduced. So much for that.