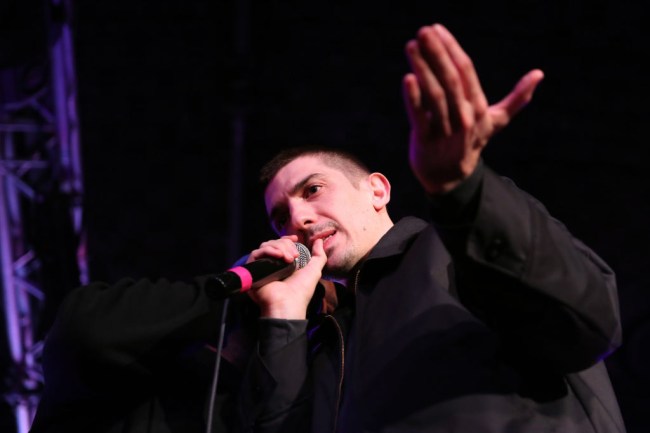 For those not familiar with Andrew Schulz, he is not your typical “setup, punchline” comedian. Schulz is best known for his biting and hilarious crowd work. Andrew’s crowd work is so stupendous that he made an entire comedy special of roasting the audience titled The Crowd Work Special.

His mental Rolodex of insults, verbal jabs, and jovial trash-talk brings you back to roast battles you had with your friends at the lunch table in the 9th grade. People actually come out to his comedy shows just to be made fun of. However, if you don’t know what you’re getting into at an Andrew Schulz comedy show, you had better strap in because you are about to be taken for a wild ride.

When you go to an Andrew Schulz comedy show there are two rules: 1.) Don’t sit in the first row, and 2.) Don’t bring loved ones. This 21-year-old woman from Utah broke both of those rules and paid the price.

At a recent show in Salt Lake City, Utah, Schulz brought his A-game to roast the audience, including a father and daughter. I’m not going to attempt to re-tell the jokes because the video is below and the text wouldn’t do the jokes any justice because it isn’t Andrew’s piercing delivery.

There are Game Stop jokes, Mormon witticisms, and lightning-quick quips about people’s appearances. Warning to viewers, those who can’t handle jokes should probably avoid watching the hilarious clip. Andrew Schulz does not stand down when it comes to humor and mockingly labels his standup as “unsafe comedy.”

Here are some other fantastic crowd work from Andrew’s YouTube channel, including a guy with his girlfriend who “just turned 18-years-old,” expertly roasting a heckler, the “dumbest audience member ever,” and a surprise proposal.

You can see more of Andrew Schulz’s stand-up comedy HERE.