Comedians React To The Death Of Ralphie May 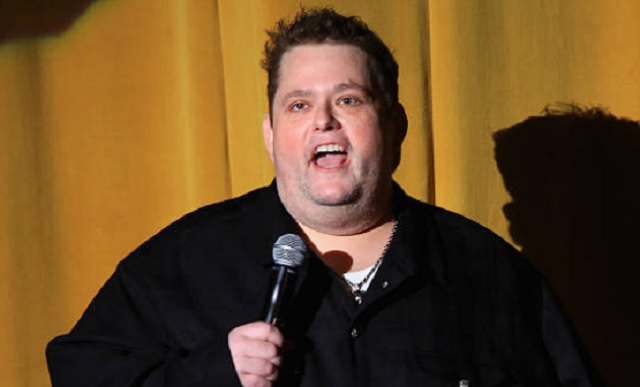 This afternoon we learned that comedian Ralphie May passed away at the young age of 45 of cardiac arrest after being stricken with pneumonia for several weeks.

TMZ has learned Ralphie died at a private residence in Vegas Friday morning. We’re told he had been battling pneumonia for 6 weeks and died of cardiac arrest. According to his rep, someone in the residence discovered his body.

May was well liked by his peers and many of them took to Twitter to pay tribute to their late friend.

Ralphie May was a sweetheart of a guy and I’m going to miss him. https://t.co/OQE9kThpPo

Wow….I was just told that Ralphie May passed. I'm truly saddened by this. He was a good dude. Heaven just got another funny angel RIP man

Ralphie May. Dammit. You were a funny and sweet mofo man. Rest In Peace.

Oh NO. Ralphie May, comedian. RIP. As much fun to hang out with as he was to watch. GODDAMIT.

I love you @Ralphie_May rest in paradise my friend. Thank you for giving me my first break in hollywood.

I love you RALPHIE MAY

Ralphie May RIP funny man. We shared good talks & good laughs . See you on the other side kid

We cannot spare @Ralphie_May he is one of nature's gentleman.

Crushed by the news about @Ralphie_May. Forget how funny he was…such a kind, generous soul. We will miss you, brother.

Oh man fellow comedian and friend Ralphie May just died. So crazy. RIP Ralphie. You my friend were one of the nicest and kindest out there.