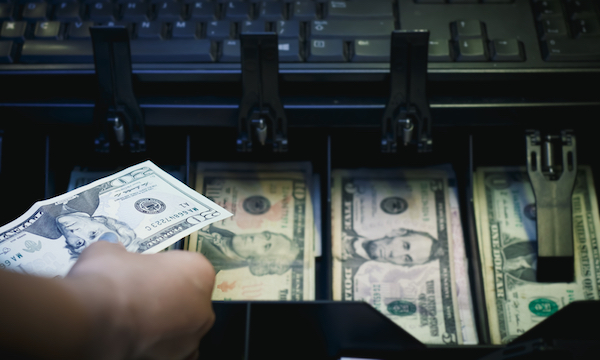 For years, you couldn’t talk about the long Thanksgiving weekend without mentioning Black Friday, an annual event when way too many people eat dinner way too early in order to pitch a tent outside of a big-box store in the hopes of taking advantage of some killer deals while hoping they won’t be killed in the inevitable stampede that occurs when the door opens. If you’ve never been able to travel to Pamplona for the Running of the Bulls, this is the next best thing.

However, the advent of the internet has ushered in an era where Cyber Monday reigns supreme, resulting in a reduction of crowds and pissed off reporters who woke up early expecting to encounter mobs of people. With that said, there is one thing these two “holidays” have in common: they were invented by retailers to take as much of your money as possible.

Bizqad put together a graphic to help you realize all of the ways you’re being exploited by various companies, and while anyone who’s ever bought an engagement ring is probably aware of the stranglehold De Beers has on the diamond market, you might not be aware of the origins of some of these other traditions.

If you’re under the impression Valentine’s Day is a Hallmark holiday, you might be in for a surprise.

So this holiday season, when you’re nostalgically watching Rudolph the Red-Nosed Reindeer and remembering those magical times when you actually thought Santa was real, be sure to thank sweet, sweet capitalism for all the memories.