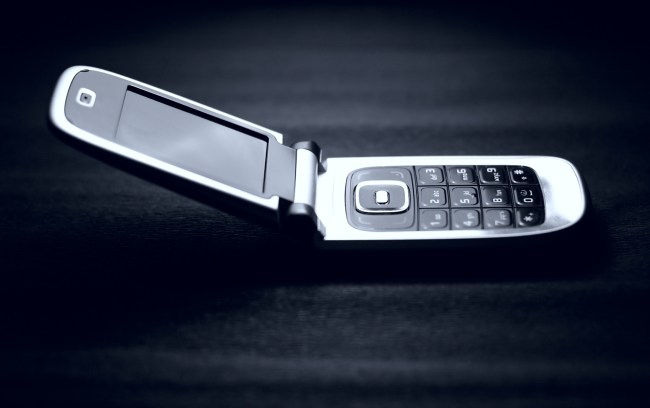 Everyone from your 6-year-old nephew to your 96-year-old grandma probably has at least an acute case of smartphone addiction. We all love to be connected to our phones and having the world of the internet at the tip of our fingers. But could you disconnect from the world of social media? Frontier Communications is giving one lucky person a $1,000 to make the switch to a flip phone, which seems as old as a telegraph at this point. I mean it doesn’t even have Spotify.

Frontier Communications launched the “Flip Phone Challenge” to see if one person can let go of their smartphone for one week. The nationwide provider of broadband internet and digital television service is willing to give one smartphone-addicted individual the chance to win $1,000 if they can make it seven days of using a flip phone from the dark ages of the ’90s and early 2000s. The company is looking for “smartphone addicts, social media experts, and tech geeks.”

While your old timey flip phone lacks modern conveniences, Frontier will provide the user with a”Boredom Buster Swag Bag,” that includes a physical map, a pocket phonebook, a notepad and pen, and CDs with ’90s music for your entertainment. Meanwhile, your dad has been rocking a Motorola Razr since 2005 and has never been paid $1,000 a week.

Those of you who are interested will need to complete a form and explain in 200 words or less why you should be the one who gets the privilege of using a flip phone for a week. Applicants that are at least 18-years-old and are a U.S. citizen or permanent resident can also provide a video with their application. You can apply for the Flip Phone Challenge HERE. Just think of how much happier you’ll be without Facebook, Twitter and emails in your life. The winner will be announced on July 8.