Congress To Vote On The Legalization Of Marijuana, But Does It Have A Real Shot? 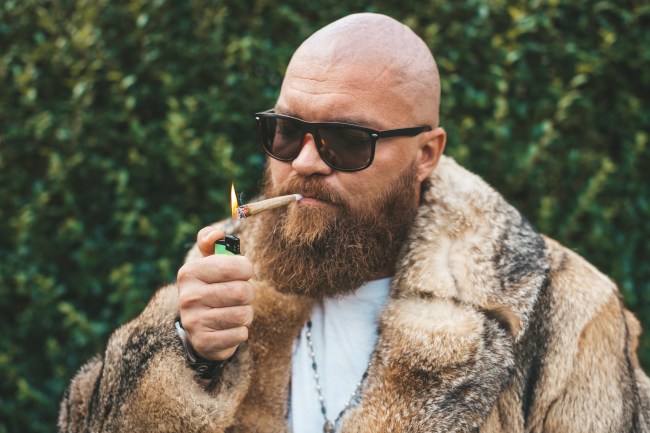 If you’re one of those patriots who choose to swallow alternative facts as gospel, here’s a humdinger for you. The forefathers of the United States of America initially scrawled Weed The People in the heading of the U.S. Constitution to show the American people that being high on marijuana was the only way they were EVER going to get by in this country without losing their sanity. Yet, the historic intro was later altered by prohibitionist Harry Anslinger, who scratched off a couple letters so that the document would read We The People instead. It sounded less jazzy, and it rang with patriotism. But it meant that We The People weren’t ever going to have the freedom to get stoned again without running the risk of law enforcement hassles and prison sentences. And that has been the law of the land for more than eighty years here in the ol’ God-fearing U.S. of A, despite increasing calls for cannabis reform over the past two decades. This plant, despite its many potential benefits, just can’t seem to catch a freaking break.

However, the word on the street is that Congress will take up a historic vote next month to change that. The Democratic-controlled House of Representatives is set to discuss legislation known as the MORE Act, which, if passed, would eliminate the cannabis plant from the confines of the Controlled Substances Act (CSA). It would allow weed to become a taxed and regulated product like alcohol.

The vote is being branded a “historic” move since neither chamber of Congress has ever offered a showing of hands to remove marijuana from the CSA. It has the cannabis scene gushing with positivity, as they feel their time has finally come to smoke dope once again without fearing the ganja gestapo.

Marijuana is legal for adults 21 and older in 11 states, while using it in the rest of the country requires a person to either have a serious disease or a black market drug dealer. Therefore, “a floor vote on the bill would be the greatest federal cannabis reform accomplishment in over 50 years,” Randal Meyer of the Global Alliance for Cannabis Commerce said in an interview with Politico.

But what are the chances of this thing actually getting passed?

As far as the House goes, pretty damn good. The Democrats have been pushing smaller pot reforms since taking over control of the lower chamber in 2016. Last year, they managed to pass a bill (SAFE Banking Act) that would have allowed financial institutions to do business with the cannabis industry. The only problem is these reforms are stopped dead in their tracks as soon as they go to the Senate for consideration. Senate Majority Leader Mitch McConnell doesn’t even review the pot-related legislation that comes through his office because, well, by his own admission, he has no plans to support the legalization of marijuana. So while the MORE Act stands a relatively good chance of going the distance in the House (Hell, you can count on it passing), it will be left out by the dumpster of the Capitol building once it advances to the Senate.

You have to remember that it is all Republican rule in the upper chamber of Congress, which is why the Democrats haven’t been able to further this part of their agenda. It’s in exactly the same shape as when they ran with it four years ago. The U.S. government is simply too divided right now to make any substantial change. But, but, but… the Democrats stand to take over the Senate next year if they win the upcoming election. All they have to secure is a total of four seats to flip control of that chamber. If this happens, the party will have the power to do just about anything it wants beginning in January. It would mean giving the legislative branch a much needed overhaul, which would include running McConnell out of his role as Senate Majority Leader.

Incidentally, Senator Kamala Harris is the key sponsor of the MORE Act. Democratic Presidential nominee Joe Biden recently tossed her over his shoulder as a running mate. So, this September vote on the MORE Act is undoubtedly just a political flex. The Democrats fully understand that they are powerless in amending the federal marijuana laws as long as the Republicans dominate Congress. Still, nothing prevents them from showing their constituents that this is the direction they want to take. It also sets them up to make swift moves on this issue if they win the Senate. It is well within the scope of reason that 2021 will be the year that weed is legalized nationwide.

The Democrats recently made marijuana reform part of their party platform, but there was no mention of moving toward full-blown legalization. Instead, they want to “decriminalize marijuana use and reschedule it through executive action on the federal level.” This means you’d still have to buy weed from drug dealers and some offenders could even still go to prison. So are the Dems really interested in moving towards a taxed and regulated marijuana market, or is this vote on the MORE Act just a way for them to con the pot-loving nation into thinking they will?

Let’s just say they have the best of intentions with the MORE Act. It still comes with some caveats.

Although marijuana would no longer be bound by the prohibition standard of the U.S. government, states would still have the right to make their own marijuana laws. Some of them would undoubtedly jump right in, while others would drag their feet on it based on principle alone. It happened after the repeal of alcohol prohibition, and it will inevitably happen again with marijuana.

Just don’t get too excited about this upcoming marijuana vote in the House. The Democrats have no real clout right now to make significant strides. And the Republicans, well, they have no interest in helping further the opposing party’s agenda – damn sure not in an election year. As far as President Trump goes, he isn’t about to support marijuana legalization either – not unless it’s his idea. He still believes the issue should be left up to the states and doesn’t seem to want anything to do with it. Nope, we’re not going to have a grip on how the marijuana reform issue will shake out until after the November election. Just prepare yourself for disappointment and I promise you won’t be let down.