Conor McGregor’s New $4.3M Lamborghini Yacht Is Even More Lavish Than You Think 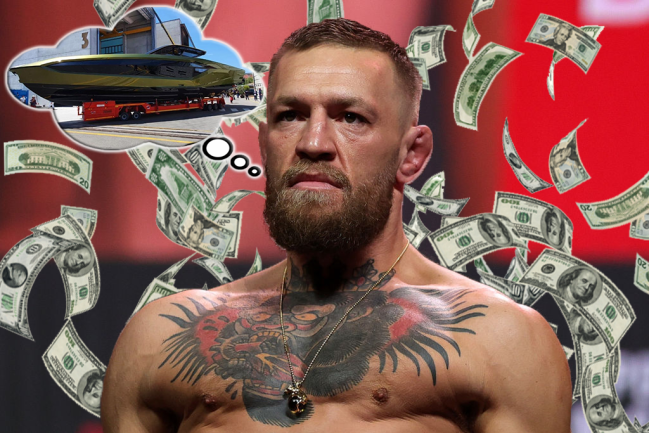 Conor McGregor’s Lamborghini super yacht is no longer just a dream. The 33-year-old purchased his $4.3 million boat back in October and it is finally ready to hit the water.

Now, it’s worth noting that the $4.3 million number could be on the low-end. It could cost more, depending on the amount of bells and whistles McGregor had put in.

Either way, it’s expensive and it looks incredible. Lamborghini partnered with The Italian Sea Group to work with McGregor on his yacht last year.

The yacht is influenced by the hybrid sports car Lamborghini Sián FKP 37.

Inspired by the iconic car, the “Supercar of the Sea” reaches a top speed of 69 miles per hour and boasts 4,000 horsepower. Nice.

Painted with the same metallic green color as the sports car, the Tecnomar 63 — as it is called — weighs 24 tons, is made from carbon fiber and is bowered by two massive engines. It also has a private bedroom space in the lower quarters.

“The most significant innovative features at the heart of the concept are speed and the dynamism of lightweight engineering,” The Italian Sea Group says.

Lamborghini adds that the motorboat aims to provide “performance, driving pleasure, attention to quality and details, and emotion,” just like the company’s cars.

McGregor’s yacht is just one of 63 made available to the public to date. He received the 12th, in honor of his Proper 12 Irish Whiskey and it’s as luxurious as it gets.

It will take McGregor about six months to recover from his broken leg. Doing so on the water in a custom-made Lamborghini super yacht is not a bad place to rest up!