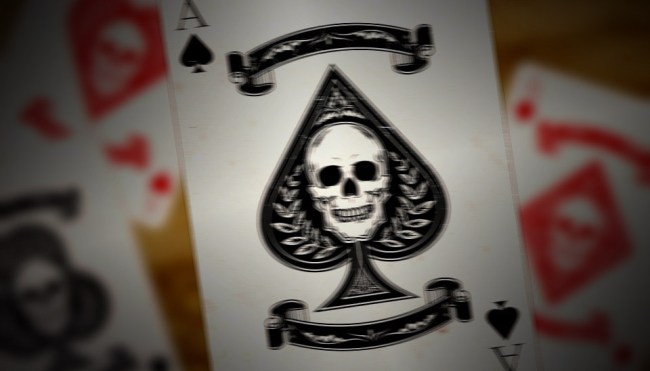 As we told you a couple of weeks ago, professional poker player Rich Alati is spending 30 days straight in a pitch-black bathroom without any communication with the outside world, including any electronic devices. All he gets is a bed, a bathtub, and some food in a refrigerator (we assume the light bulb has been removed).

Why is he doing such an inadvisable thing? Because if he makes it, he pockets a cool $100K from fellow poker pro Rory Young.

As of Tuesday, Alati is 20 days into his quest for 100K and The Action Network has gotten a look at the insane 11-page contract he had to sign before entering into this oddest of bets with Young.

• The two put the $100,000 in escrow with a lawyer prior to start of the bet, which was Nov. 21. The winner gets the money within a week of the bet being settled.
• Both Young and Alati chose a representative from their side to represent their best interest.

• A three-judge arbitration panel has been named in case there is any dispute about the bet.

• The document has a waiver that absolves Young from responsibility for anything that Alati endures including “death, disability, blindness, diminished vision, loss of any eye function” as well as mental and emotional trauma.

• The room where Alati is staying, referred to as the chamber, features a mattress, shower, bath, laundry and trash basket, and a fridge with the lights removed.

• Alati is not allowed to use drugs, any communication/light-emitting devices and must not have any object that conveys time or date.

• Alati submitted to a blood or urine test before entering room and Young may take a sample from him every time there is a delivery. Tests are allowed to show Alati’s pre-workout supplement and amino acids, but nothing else that’s not in proportion.

• Alati will get food delivered in between three- and six-day intervals. It has been randomized so Alati can’t figure out how long he’s been in the room.

• Alati can request certain foods, but Young may decline those requests.

The Action Network recently spoke with Alati’s father, Richard, the only person on the outside with the ability to call the whole thing off if he feels his son is in jeopardy.

Richard, and a small group of approved others, get to see a closed access system that features live 24/7 camera feeds showing his son in the room.

“There is very particular equipment placed in the room,” the father said. “I can see in a grainy way what’s happening.”

Richard said he’s obsessed with the feed out of concern for his son.

“I’m definitely concerned,” he said. “But I chose to focus on the positive, wishing for a successful completion of the wager.”

Richard also gets to be part of the food delivery, but he doesn’t get to see his son as he is moved to another area of the room while the deliveries are made.

As for why he thinks his son took such an odd bet, he believes it was about more than the money, “I think number one, it’s about the challenge of doing it.”

Read more about this very unusual wager over at The Action Network.