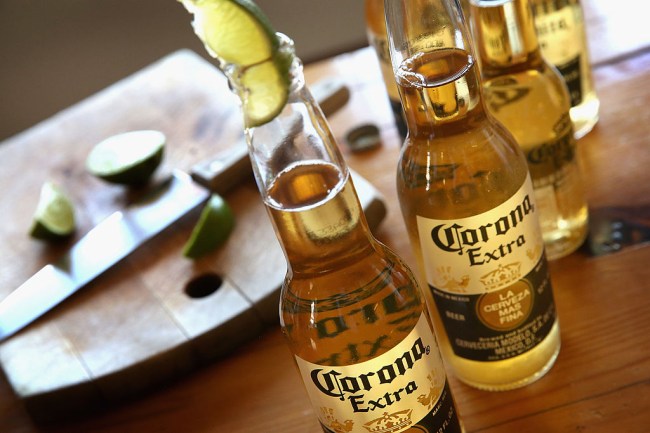 When coronavirus first appeared on my radar last month, I was under the assumption that the illness in question had something to do with tainted limes being shoved into clear bottles of Mexican lager, and based on the number of people who Googled the same question I did, I was far from the only one.

However, I eventually came to learn that the virus that is currently whipping the world into a frenzy over fears of a global pandemic has nothing to do with drinking Coronas but can likely be traced back to the consumption of exotic animals on display at a marketplace in the Chinese city of Wuhan, the initial hot zone for the bug officially dubbed “COVID-19.”

As of Thursday morning, over 82,000 people have been diagnosed with an illness with no cure in sight—one that has killed 2,814 of the patients it’s infected—and there’s a great deal of uncertainty about just how bad things are going to get as the stock market continues to decline while companies that don’t make face masks or isolation suits brace for the impact it could have on their bottom line.

On Monday, Corona’s parent company AB InBev revealed the virus had contributed to the worst quarter it’s had in over a decade due to a noted decline in demand for the beers for their portfolio in the Chinese market.

However, the company also has another problem on its hands in the form of some dumbass American consumers.

On Wednesday, YouGov released a couple of charts to provide a look at how Corona’s reputation has been impacted since the disease first began to spread. The first concerns a “Buzz Score”—which tracks how positively people view a brand—and Corona has seen its favorability drop dramatically since the start of the year.

The other one tracks how likely people are to buy Corona and the stats show that interest in picking up some bottles is currently at the lowest level its been in the past two years after nosediving over the past few weeks.

On Thursday, 5W Public Relations also released the results of a survey it conducted with 737 beer drinkers that shed some more light on the uphill battle Corona is facing, as 38% of them said they’re swearing off Corona entirely and 16% of respondents admitted they’re confused about whether or not there’s a connection between the beer and the virus.

Say what you will about whether or not the stock market is rational, but based on these numbers, consumers sure as hell aren’t.