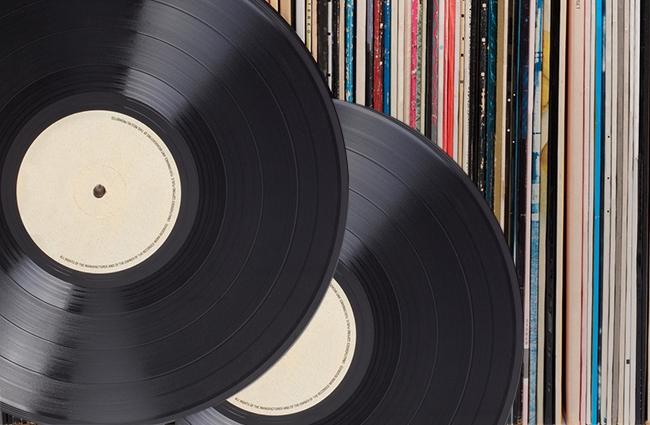 I’m going to assume most people reading this don’t know what it’s like to be a famous musician who’s spent months attempting to perfect an album, but if you’re lucky enough to have experienced that firsthand, you won’t have much trouble envisioning yourself in the studio as you put the finishing touches on a record as I now ask you to imagine yourself in that exact scenario.

After spending the past few weeks subsisting almost exclusively on takeout, booze, and the cigarettes and cocaine that fueled you during the marathon recording sessions where you laid down the tracks you’re convinced will propel you to the top of the charts (although that could just be the blow talking), you can see the light at the end of the tunnel and know it won’t be long until you can finally retire to your lair high in the Hollywood Hills and brace yourself for the crippling pain that comes at the end of that kind of bender.

However, you’ve run into a problem: the label thinks the album is too short. They want you to add one more tune, but you’re running on creative fumes and the well of song ideas you used to pen your visionary odes to hot chicks and fast cars has run virtually dry. What are you supposed to do now?

The answer is simple: record a cover song.

Covers are the musical equivalent of copying someone else’s homework and changing a few of the answers in an attempt to disguise the fact that you put in a fraction of the effort exerted by the person who’s work you reproduced. However, every now and then, an artist manages to essentially get a higher grade than whoever put in the bulk of the effort by recording a version of a song that not only improves on the original but makes people forget about it almost entirely—which is exactly what these five tracks managed to accomplish.

This diddy about booger sugar is one of Eric Clapton’s best-known solo works, and when you consider the musician spent years in a very committed relationship with the song’s subject before eventually embracing sobriety, it would be reasonable to think he was the person who wrote it.

However, the rendition of “Cocaine” that Clapton released in 1977 is actually a shorter version of the track that was put out by singer-songwriter J.J. Cale the previous year.

Clapton had already provided Cale with some exposure when he recorded a cover of “After Midnight” for his debut album in 1970 but that paled in comparison to the Clapton Bump he received when “Cocaine” got the same treatment (which is probably more accurately described as a “Clapton Massive Mountain Of Uncut Colombian Snow” based on how big of a hit it was).

Cale was able to reap whatever benefits come with being popular in New Zealand when the original topped the charts there following its release but that was nothing compared to the reception given to the cover version Clapton performed during a show in Japan that appeared on the acclaimed live album Just One Night in 1980.

I guess the real takeaway here is that if you write a song that’s technically a hit but are less than thrilled with the prospect of “going number one in a country in Oceania” serving as the peak of your career, all you have to do is get one of the best guitarists of a generation to record a cover and wait for those sweet, sweet royalties to start piling up like a pile of pristine white…well, you know.

Elvis Presley is known as “The King” for a reason, and while you can’t deny the talent he possessed that helped make him the cultural icon he is, there’s been a bit of a push in recent years to draw attention to the black progenitors of rock music who had an indelible impact on the genre he had a huge role in popularizing.

Of course, music is as derivative as any type of art and Presley never tried to hide the fact that he took inspiration from the likes of James Brown and Little Richard, both of whom sang his praises (the latter even argued the legend actually helped open doors for black artists by helping to bring their style of music into the mainstream).

If you were to ask the average person to name three Elvis songs, I guarantee every single one of them would have “Hound Dog” on the list. Presley was initially inspired to record the track he released in 1956 after hearing a version performed by Freddie Bell and The Bell Boys, but the cover was actually a cover of a track whipped up by songwriting duo Jerry Leiber and Mike Stoller originally belted out by Big Mama Thornton in 1952.

Her version of the tune was the biggest hit of her career, and while it sold between 500,000 and two million copies depending on who you ask, whatever that number really is doesn’t come close to the 10 million Presley managed to move.

Fortunately, Thornton would eventually get the credit she deserved (although she sadly wasn’t alive to see it happen), as her version of “Hound Dog” earned a spot on the Rock and Roll Hall of Fame’s list of the “500 Songs That Shaped Rock And Roll” a few years back and currently sits alongside Presley’s interpretation in the Grammy Hall of Fame.

Quiet Riot was at the forefront of the hair metal scene and spent the bulk of the 1970s grinding in the hopes of attracting the attention of a major label. As you’ll see by the time we get to the end of this article, “Experiencing Moderate Success In An Island Nation In The Pacific Ocean” seems to be a running theme among the musical acts that have either recorded a hit cover or performed the original version, as the band released two albums in Japan before landing a deal with CBS Records in 1982.

The song helped bring Quiet Riot the recognition it’d been seeking since the band first formed a decade prior—the same year the English glam rock outfit Slade performed it for the first time.

What? You’ve never heard of Slade?!?! Well, neither have most people, but now you have and can rest easy knowing you’ll be prepared if you ever have to answer a question about this song at bar trivia, which is probably the only time in life this largely useless piece of knowledge will ever actually come in handy.

Metallica burst onto the scene in the 1980s and hasn’t really gone away since then, as they’ve routinely released new music to add to a catalog that includes well-known songs like the instantly recognizable “Enter Sandman” and the thunderous “Master of Puppets.”

The band has managed to rack up nine Grammys over the course of the almost 40 years they’ve spent together—including the trophy for Best Hard Rock Performance that was bestowed upon them in 2000 for “Whiskey In The Jar,” a song that still has a home in the rotation at plenty of rock radio stations to this day.

You know who doesn’t have a Grammy? The Dubliners, the Irish folk band responsible for putting it on the map—a group that loved performing it so much that it appeared on three different albums they released in the 1960s.

However, they can’t even take credit for writing it, as that honor actually belongs to some poor Irish person forgotten by history who penned a tune that was performed in pubs around the isle long before The Dubliners helped popularize it and others—including Thin Lizzy and Jerry Garcia—recorded versions that have been overshadowed by Metallica’s take.

“I Love Rock ‘N’ Roll” is one of those songs that I’ve heard so many times in my life that I would be perfectly content with going to my grave without subjecting my ears to it ever again. There’s nothing particularly bad about it but it’s kind of a shame that its the song most people associate with Joan Jett when you consider “Bad Reputation” kicks its musical ass.

Ireland is located in the Atlantic Ocean so the previous entry was a bit of a departure from the theme I previously discussed but this song also fits the mold, as Jett initially made a name for herself as a member of The Runaways after the group released a live album in Japan in 1977 that would go on to become a hit in the United Kingdom and the United States.

However, she reached the peak of her career when “I Love Rock ‘N’ Roll” was released in 1982 and skyrocketed to the top of the Hot 100, where it would remain for seven weeks in a row. It’s safe to assume Jett did, in fact, love rock ‘n’ roll based on the fame and fortune it brought her but this love letter is more akin to a Hallmark card with her name scrawled at the bottom when you consider it was first performed by Arrows, the British band that released in it 1976.

Arrows experienced some success of their own in the late 70s and even had their own TV show in the U.K. before disbanding a year after the track came out, which is certainly cool but not as cool as earning a spot in the Rock and Roll Hall of Fame like Jett did when she was inducted in 2015.