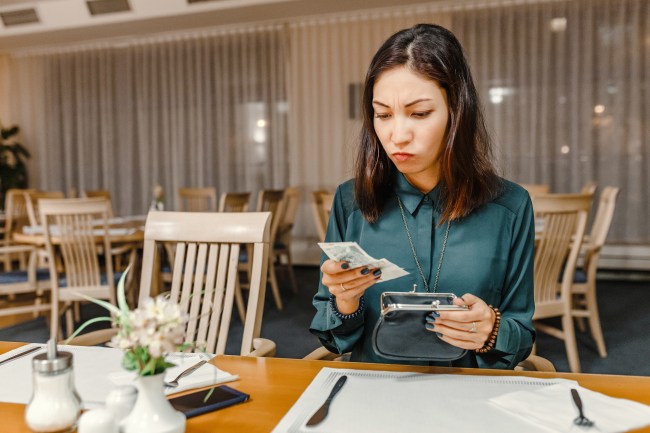 Remember all those restaurant workers we hashtagged about for preparing and delivering food to our doorstep in uncertain times so we didn’t have to cook every night and could enjoy some small slither of normalcy?

What we actually meant to tweet was: We love you #EssentialWorkers!*

*Unless we actually have to do anything for you. If that’s the case, perish in a fire.

Those people were great and heroic and all, but Harvey Dent wasn’t telling lies when he said: “You either die a hero, or live long enough to see yourself become the villain.”

‘Scuse me … what? A covid surcharge…? pic.twitter.com/IYcrkcqIJ3

This receipt from Kiko Japanese Steakhouse and Sushi Lounge in West Plains, Missouri went viral this week for charging a 5% COVID-19 “surcharge,” and the outrage got so bad, the restaurant owner wrote in a Facebook post that employees had been harassed over the photo. 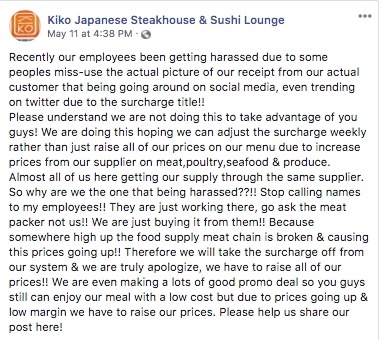 Kiko, I am still your friend. I understand that fresh meat prices were up 8.1% at the end of April, with experts saying they could rise up to 20% in the coming weeks. I understand that if people don’t want to pay a nominal charge for their food to an entity that is obviously struggling too, then they CAN STAY HOME. A bag of Totino’s pizza rolls costs like $4.50.

Shame on them. The government sent them money . And they still trying to rob someone silently. I too check every receipt.

Kiko announced it would remove the surcharge, instead raising prices on all menu items. Humans, we have such fragile dispositions.

TL:DR: We love our essential workers. Except the ones we hate.