The Top Public Places Where COVID-19 Is Spreading 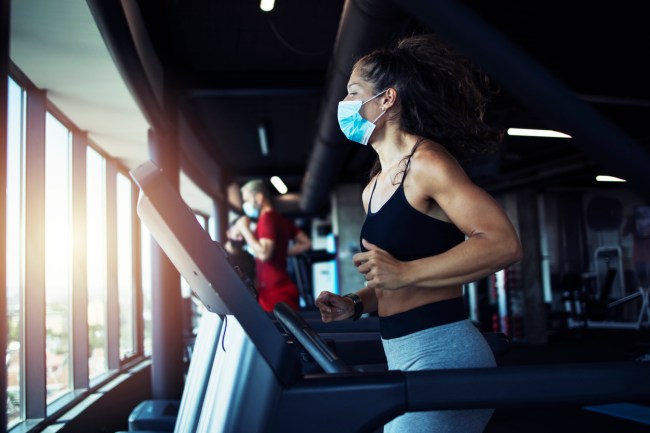 The United States has recorded over 1 million new coronavirus cases in just the past 10 days. On Tuesday, hospitalizations reached a record-high 62,000 people, as 17 states reported single-day records for hospitalizations. A new scientific study found the places that you want to stay away from during this surge of the COVID-19 pandemic.

Researchers discovered that restaurants, gyms, hotels, and houses of worship are 10% of public places that appear to account for 80% of all infections.

“These are places that are smaller, more crowded, and people dwell there longer,” said study co-author and associate professor of computer science at Stanford University Professor Jure Leskovec.

But the professor doesn’t want to shut down these locations; instead Leskovec recommends that these public places limit their maximum capacity to 20%. “Our work highlights that it doesn’t have to be all or nothing,” Leskovec said. “Our model predicts that capping points-of-interest at 20% of maximum occupancy can reduce the infections by more than 80%, but we only lose around 40% of the visits when compared to a fully reopening with usual maximum occupancy.”

“By combining their mobility model with demographic census data, the authors identified two possible main contributors. The first is that lower-income neighborhoods, which tend to have higher numbers of front-line workers, had less overall reduction in mobility during lockdowns than did higher-income neighborhoods, a conclusion shared by other studies,” co-authors Kevin C. Ma and Marc Lipsitch, both of the Harvard T. H. Chan School of Public Health, wrote about the study.

“The mobility data also suggest why people from poorer neighborhoods are more likely to get COVID-19: because they are less able to work from home, and the stores they visit for essential supplies are often more crowded than in other areas,” the study stated. “The average grocery store in poorer neighborhoods had 59% more hourly visitors per square foot, and visitors stayed on average 17% longer than at stores outside those areas.”

On Wednesday, it was revealed that Ticketmaster is reportedly considering a system that may require a negative COVID-19 test or a coronavirus vaccine in order for eventgoers to attend concerts.