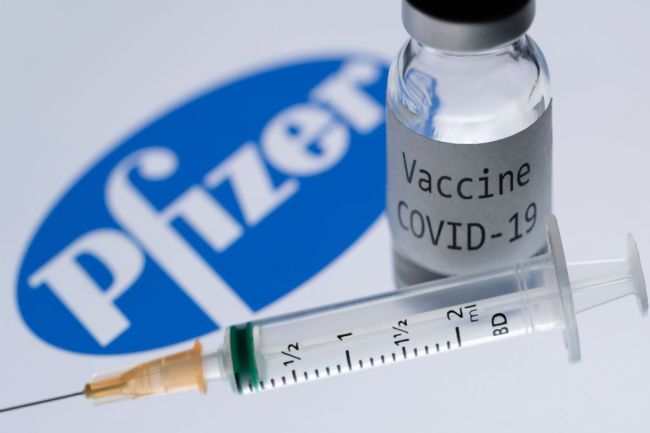 It was virtually impossible to keep track of all of the speculation and misinformation that began to circulate when the world went to shit earlier this year but we were lucky enough to have straight shooters like Anthony Fauci and the other authoritative figures determined to separate fact from fiction. However, there was only so much reassurance these experts could provide when you consider how often they admitted they didn’t really know how to answer some of the most pressing questions concerning the nature of the disease.

While there was some comfort in knowing there was a good chance we’d reclaim some sort of normalcy once a vaccine was developed, no one really had any idea how long that would take. Thankfully, we got our answer last month when Pfizer announced it had engineered one that was found to be 90% effective in early trials and other researchers revealed they’d also come up with some similarly effective treatments.

Last week, the FDA officially gave Pfizer’s solution its seal of approval and the company began to ship out the vaccine literally overnight to get the first 2.9 million doses out to the healthcare workers and nursing home residents who were given first priority.

On Monday, George Washington University Hospital received its initial batch and members of the press posted up outside its doors to catch a glimpse of the box being escorted inside.

Video of that procession quickly began to make the rounds and it didn’t take long for people online to do their thing by throwing some iconic entrance songs from around the world of sports over the clip, including the intro music traditionally used for NBA and NFL games and some WWE-inspired mashups.

they put the NBA on ESPN theme over the vaccine’s entrance, I really love the internet sometimes pic.twitter.com/QxIWvP5BQr

Wow, really dramatic moment when they wheeled the vaccine out, even the music and everything: pic.twitter.com/Lt2klhYSx6

If I'm actually the first person to do this one the internet has let me down pic.twitter.com/4ELv65grGK

BY GOD THAT’S THE VACCINE’S MUSIC!pic.twitter.com/EvYMcV10ed