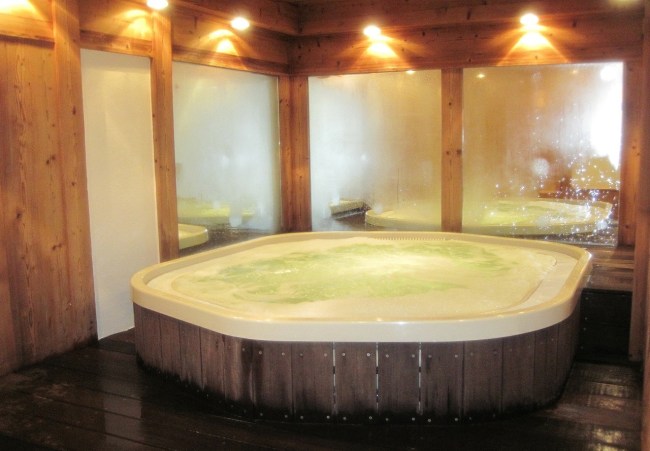 A few years ago, a new trend for people with too much money to spent burst onto the market: vinotherapy (which is apparently not a term wine drinkers use in place of “alcoholism”).

Vinotherapy for first came to my attention when Amare Stoudemire spent some time with ESPN to give them a peek into what he does on his off-days— which apparently involves taking a dip into a giant vat filled with red wine sourced from the Rioja region of Spain.

Stoudemire extolled the benefits of one of his preferred methods of rehabilitation and claimed the treatment serves multiple purposes, including increased circulation and releasing toxins from your body.

There doesn’t seem to be any concrete evidence supporting his claim. but even if it doesn’t actually work, I’d still be willing to drop a little cash just to be able to say I once bathed in a tub filled with wine.

However, if you’re more of a craft beer person and are looking for a similar experience, you’re in luck— as long as you’re willing to make the trek to Japan.

Travel and Leisure did exactly that by making a pilgrimage to Misugi Resort in the Kansai region of the country, a destination that specializes in offering guests tranquil and restorative experiences in a wide variety of forms.

One of those forms just so happens to be a jacuzzi filled with craft beer.

The brew itself— dubbed “Ninja Beer”— is made with locally sourced rice and grains and brewed with water from nearby natural springs, which mean’s it’s probably coming to a Whole Foods near you at some point.

According to the resort’s co-owner and brewmaster Youki Nakagawa, the beer treatment has the same benefits as Amare’s go-to:

“The yeast in the beer gives you very smooth skin and the hops have an antibacterial power that is also good for your skin. On top of that, the C02 in the beer is good for blood circulation.”

I’ll take his word for it.