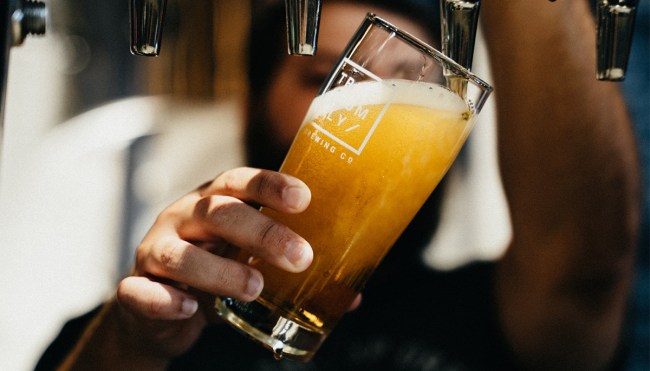 In 2010, the United States was home to 1,813 craft breweries, a number that seems pretty high until you consider it had risen to over 9,000 by the start of 2020 thanks to the explosive renaissance the industry experienced over the course of a decade.

There was plenty of speculation that growth was unsustainable and had created a bubble that was just begging to burst, although basically all of the brewing veterans I’ve been lucky enough to chat with—including Dogfishhead mastermind Sam Calagione and the legendary Ken Grossman of Sierra Nevada fame—have disputed that notion.

However, craft brewers—like every business in the hospitality space—have dealt with plenty of headaches over the past couple of years.

The industry was thankfully able to avoid the worst-case scenario that was forecasted toward the start of the pandemic. With that said, growth has begun to stagnate while inflation and supply-chain issues have made it harder to track down cans and led to a spike in the price of other essential materials.

Now, a new complication has begun to rear its ugly head—one that has caused at least one producer to temporarily shut down as a result.

According to NBC News, carbon dioxide (a.k.a. CO2) has become increasingly scarce due to a perfect storm of issues that’s resulted in key producers (most of whom are based in Mississippi) struggling to meet demand.

The compound responsible for carbonation is naturally produced during the brewing process, but the vast majority of breweries end up injecting more CO2 into the final product in order to up the fizz prior to packaging.

Last week, the first of what could ultimately be many dominos to fall toppled after Massachusetts’ Night Shift Brewing announced it had been forced to temporarily cease production at its facility in Everett due to the shortage (although Jack’s Abbey and Rhode Island’s Isle Brewers Guild have been kind enough to offer them the resources to allow them to keep pumping out beer).

Here’s to hoping this doesn’t become a more prevalent trend.