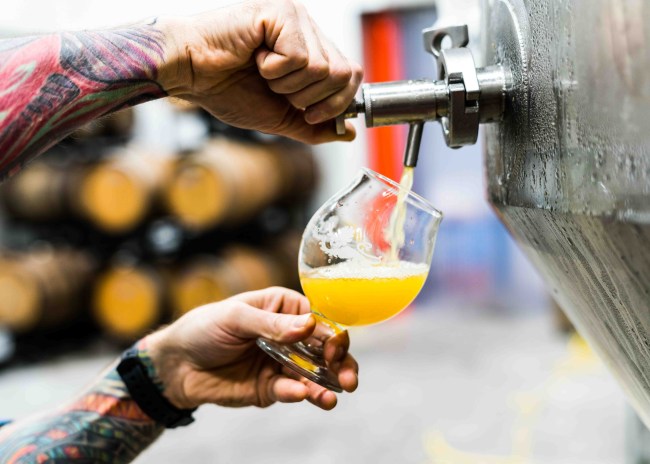 In the 1870s, the United States was home to over 4,000 breweries but that number declined at a steady rate over the course of the next few decades before effectively flatlining when the federal government decided it would be a good idea to ban Americans from drinking alcohol, which led to every citizen happily complying with the new policy to help make Prohibition the smashing success it’s viewed as today.

Some established breweries were able to weather that dark historical storm and saw some newcomers join their ranks when they emerged on the other side but it was only a matter of time until things began to trend downward yet again, and when 1978 rolled around, there were only 89 separate entities producing beer within America’s borders.

Most of those companies produced beer with a flavor profile that’s best described as “Yup, that’s beer,” but as we began to creep closer to the end of the millennium, people gradually began to discover the world that exists beyond the virtually indistinguishable lagers that were once essentially your only option.

It was around this point that  “craft beer” and “microbrewery” entered the lexicon but it still took a fair amount of time for the general public to familiarize itself with an industry that many people still saw as falling under the “insufferable hipster bullshit” umbrella less than a decade ago.

This explosion has led to an ongoing debate about whether or not the boom can be considered a “bubble” but I never bought into the argument that it’s only a matter of time until it bursts. Sure, certain markets have become saturated but craft beer has also become an incredibly hyper-local industry and most breweries that are forced to close tend to have one thing in common: they made shittier beer than the other guys in town.

Sadly, it looks like there is a very real chance the good times may be on the verge of coming to an end, as USA Today reports a new survey has revealed that thousands of craft brewers could be forced to empty out their vats for good within the next couple of months.

The Brewers Association recently contacted 525 of its members to see how their businesses have been impacted after the vast majority of taprooms and bars were forced to shutter last month and, well, it turns out things aren’t going so great.

Both on and off-site sales have predictably plummeted, and while some breweries are offering delivery and curbside pickup in an attempt to keep business alive, 14% of respondents said they’ll have to permanently cease operations if things don’t rebound within the next month. As if that wasn’t bad enough, 60% believe going out of business is a distinct possibility if the status quo remains unchanged by the time the middle of June rolls around.

Here’s to hoping this crisis can be averted to some extent but the sad reality is that it might be time to drink ’em while you got ’em because there’s no telling how long a lot of the “’ems” in question will still be around.