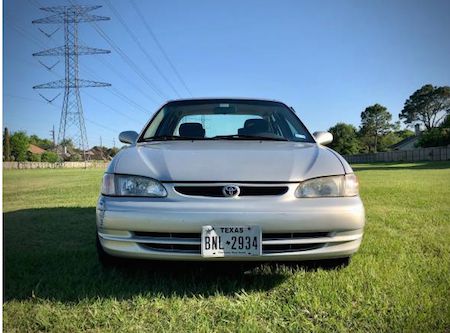 I don’t want to take up too much time with my commentary because I’d be detracting you from the Pultizer Prize worthy Craigslist ad that has been going viral on the inter webs. A Houston, Texas man posted a Craigslist ad in hopes of selling his 1999 Toyota Corolla for $2,500.

The post has been flagged for removal from the site, but someone was intrepid enough to screenshot the photos and car description and post it on Twitter, much to the liking of the 310,000 people who’ve liked the post.

Rear view camera: nope…but it’s got a transparent rear window and you have a fucking neck that can turn. 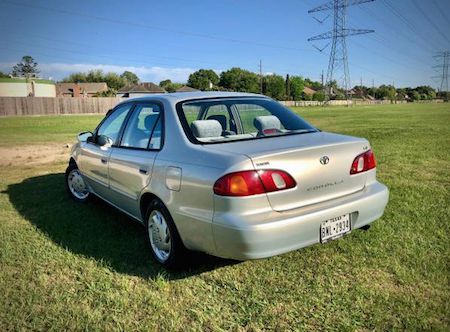 Let me tell you a story. One day my Corolla started making a strange sound. I didn’t give a shit and ignored it. It went away. The End.

You could take the engine out of this car, drop it off the Golden Gate Bridge, fish it out of the water a thousand years later, put it in the trunk of the car, fill the gas tank up with Nutella, turn the key, and this puppy would fucking start right up.

Things this car is old enough to do: 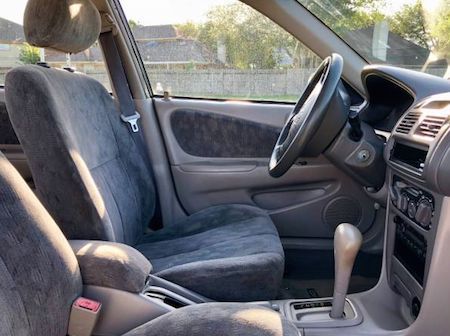 Interesting facts: This car’s exterior color is gray, but it’s interior color is grey. In the owner’s manual, oil is listed as “optional.” When this car was unveiled at the 1998 Detroit Auto Show, it caused all 2,000 attendees to spontaneously yawn. The resulting abrupt change in air pressure inside the building caused a partial collapse of the roof. Four people died. The event is chronicled in the documentary “Bored to Death: The Story of the 1999 Toyota Corolla”

You wanna know more? Great, I had my car fill out a Facebook survey.

Favorite band: tie between Bush and the Gin Blossoms 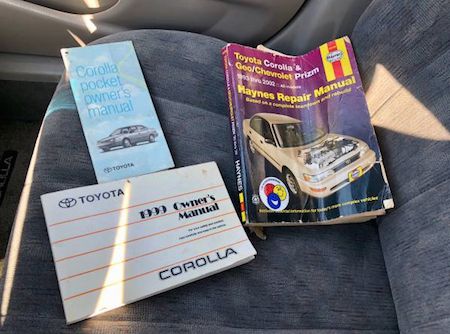 This car is as practical as a Roth IRA. It’s as middle-of-the-road as your grandpa during his last Silver Alert. It’s as utilitarian as a member of a church whose scripture is based entirely on water bills.

When I ran the CarFax for this car, I got back a single piece of paper that said, “It’s a Corolla. It’s fine.”

If the folks over at Toyota had an ounce of marketing savvy, they’d send this guy a brand new Corolla and sit back while sales skyrocketed. Don’t say I’ve never done nothin’ for ya, Toyota.