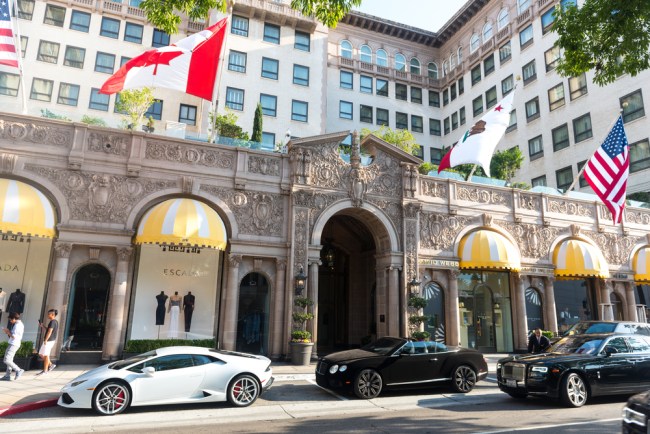 I’ve been fascinated by the world of high-end luxury hotels for most of my adult life. One of my roommates from college used to be a front desk/overnight manager at one of the highly trafficked hotels in NYC (on Central Park) and his stories were absolutely priceless. Truly, we’re talking about things like NFL players running from the paparazzi to hide out in the hotel, members of royal families from the middle east calling up staff to kick hookers out of the room, and more shit like that.

Alison Millington (@AL_osaurus) of Business Insider spoke with the concierges of 6 ‘world-renowned hotels’ and they gave her a list of the most ludicrous demands they’ve ever received from wealthy hotel guests. I’ve pulled a full of those insane demands from hotel guests to give you bros an idea of what life is like when money isn’t an issue, and you spend your life in 5-diamond hotels bossing around the staff:

And the most bizarre or extravagant requests?
“Sourcing chemotherapy drugs for a dog.”

What are the most bizarre requests you’ve received?
“One instance that I remember is when a fellow concierge at a Parisian hotel sent out an SOS. A custom-made business suit belonging to one of his guests had been left behind at The Pierre.
“With all avenues of professional courier services closed and the suit required within 24 hours, I called upon a professional flight attendant acquaintance who was traveling to Paris. The suit reached its destination on time and what’s more, traveled with VIP comfort!”

What are some of the most extravagant things you’ve done for a guest?
— “Flew to London and stayed for one week while acclimating a guest dog to fly back to Los Angeles.”
— “Arranged a spontaneous party for 150 people with two hours’ notice in the Hollywood Hills after a Justin Bieber concert, complete with bartenders, cocktail servers, armed security, valet parking, and catering.”
— “A guest forgot their medication in room that they needed so we had a concierge take an evening flight after their shift with the medication to Mexico City to hand deliver it.”
— “On a Friday afternoon at 5 p.m. we cleared all the furniture out of a room with the exception of a couch and covered the floors and walls with plastic then arranged for 25 society finches to be placed in the room complete with food water and a large bird cage by 7 p.m.”

The Concierges at The Beverly Hills Hotel, LA

What are the most bizarre or extravagant requests you’ve received?
“We once had a guest that was breeding her show dog and had us arrange an actual wedding for the two collies (four years old), complete with a minister, catering, outfits, etc. They got married in the Crystal Ballroom (she wore traditional white) and they honeymooned in one of our garden suites, Bungalow 14. Total cost was about $15,000.”

How rich and drunk do you have to be in order to convince yourself that dropping $15,000 on a fake wedding for your dog is a good idea? And not just a wedding, but a fake honeymoon in one of the hotel suites just so your show dog can bang another dog. Seriously, how many years do you have to be taking daily rich people medication before this starts to make sense in your pill-addled mind? 50?

In the article on Business Insider, the hotel concierges also discuss what their day-to-day lives look like. If you enjoyed the bizarre stories above and want to learn more about the lives of ultra-luxe hotel employees just click here to read that article in full.