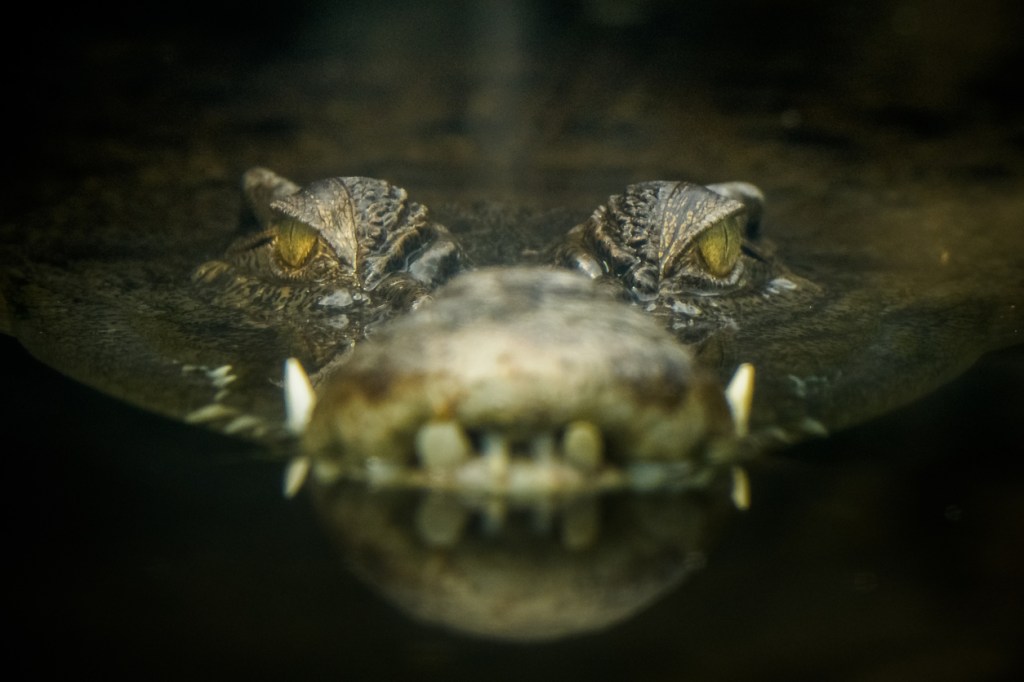 Stop me if you’ve heard this one before: Florida is in the news because something extremely weird and unexpected happened. An 8-foot crocodile escaped from a St. Augustine Alligator Farm van while zookeepers were moving it and had to briefly drive into traffic. During the moment the van was on a major road the crocodile popped out the van’s window and escaped as chaos erupted.

The St. Augustine Alligator Farm and Zoological Park is one of these places I constantly see in my Instagram feed from friends visiting. I’ve never had the chance to make it there yet myself but from pictures I’ve seen, it looks like there are alligators and crocodiles EVERYWHERE at the park.

One of these crocodiles, an 8-footer weighing 150 pounds, was being moved from one part of the park to another. They loaded it up in a van and had to briefly drive onto the busy A1A road outside of the park when the croc escaped. A large portion of the incident was caught on video as the zookeepers wrangled the animal safely back into the van.

ABC’s First Coast News caught up with the zookeepers driving the van who shared their side of the story. They said they used an enclosed van ‘because it’s safe’ and they were only traveling 0.1 miles on A1A. Driving saved a lot of time and energy versus trying to move the crocodile inside of the park.

“I was in the back watching the animals. By the time I was saying, ‘Okay, he’s moving back. He’s kind of moving backwards.’ By the time I said, ‘He’s up by the window,’ he had already popped that window,” McCreedy recalled. The crocodile popped the van’s back window right out and hopped out of the van, and then that croc was on a walk. He landed on the road while the van was still moving.

“I jumped out with or capture equipment we always carry with us when we do transport, just in case for emergency,” McCreedy said. Anderson said they stopped and slammed on the horn before making a call on the radio. McCreedy nabbed the croc with a pole and a line, but he is bigger than she is, and “he took her for a walk,” Anderson said.

There Are Crocs In Florida, Not Just Gators

While all of the animals at the St. Augustine Alligator Farm are obviously in captivity, Florida is unique in that it’s the only place in the world you’ll find alligators and crocs alongside each other. There are crocodiles throughout the Everglades National Park and they are unmistakably different from the alligators found in the Sunshine State.

And according to their website, the St. Augustine Alligator Farm “is the only facility in the world exhibiting living specimens of 24 species of crocodilian.” I honestly didn’t know there were that many species of crocodilians, I thought it was under 10 total. Now I need to go over there and visit, it’s only about a 2.5-hour drive from my house I guess…

There are some pretty wild and interesting videos on the Alligator Farm’s YouTube channel. Here’s a moment from one of the feeding shows with a massive saltwater crocodile.

Look at all those teeth!