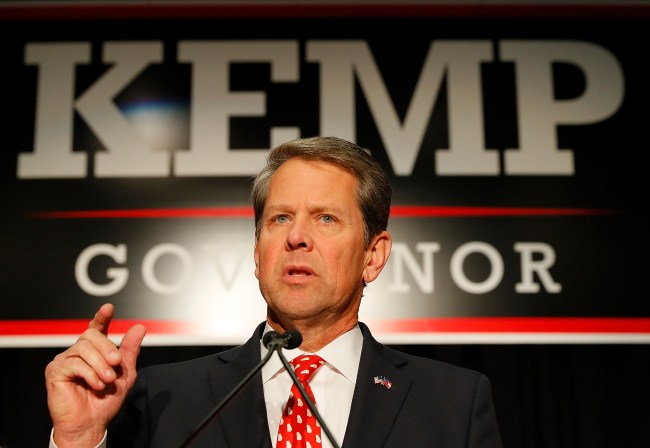 Last week, Georgia Governor Brian Kemp lifted the statewide shelter-in-place order for most of Georgia’s 10.6 million residents starting Friday in an effort to give the state’s economy a much-needed boost.

With the governor’s blessing several Atlanta area malls have decided to reopen on Friday while others will open.

One local Atlanta mall that opened on Friday saw an influx of people forming long lines on Saturday who were looking to buy the new Air Jordan 5 Fire Red that had sold out online earlier.

Greenbriar Mall in Atlanta opened for the first time yesterday. People are waiting in long lines waiting to get in today. pic.twitter.com/0cT8WggXQa

Here’s what it looked like as Jimmy Jazz’s doors opened at Greenbriar Mall in Atlanta. Everyone I talked to was in line for a new Air Jordan 5 that sold out online. pic.twitter.com/opbqIC08mq

Here was the line outside. pic.twitter.com/OF6r57v0nb

The mall wasn’t the only thing crowded on Saturday, here’s what a street near Piedmont Park looked like.

The scene near Piedmont Park in Atlanta on an 81 degree Saturday. pic.twitter.com/uj2idUjmL9

And here are people standing around to watch the Blue Angels fly over the city earlier in the day.

2/2 So much for social distancing in my part of Atlanta when the @BlueAngels and @AFThunderbirds flew over. 🤦🏼‍♂️ pic.twitter.com/c33Tow9awm