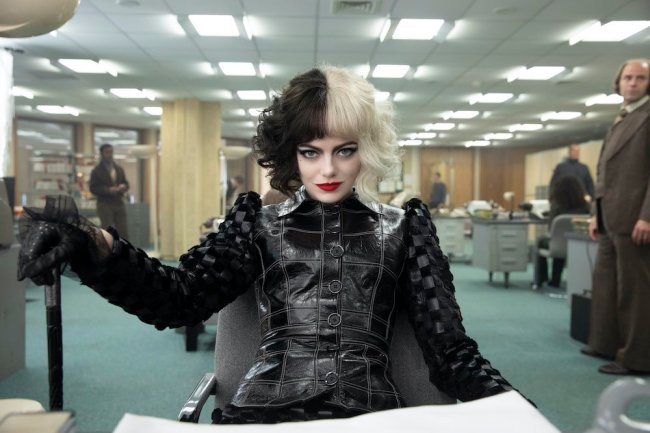 While I’m certainly a fan of the properties that Disney owns — Marvel, Star Wars, Pixar, etc. — I can’t necessarily say that I’m a fan of Disney’s original IP. Of all the live-action remakes they’ve churned out in the last decade, I’ve seen two of them: The Jungle Book, because of my boy Jon Favreau, and The Beauty and the Beast, because of my girl Emma Watson. Not that I have anything against the other recent live-action Disney ventures, it’s just that reviews for the films haven’t necessarily inspired me to seek them out. Lest we forget 2019’s Lion King.

That, however, is the opposite of the case when it comes to Cruella, Disney’s newest live-action venture that not only stands as a worthy 101 Dalmatians prequel, but as a legitimately excellent movie in its own right. Unlike my history with Disney live-action films, let *this* be the review that pushes you to seek Cruella out, as categorizing the film as “great” isn’t hyperbole, but rather, a genuinely applicable adjective. Cruella is great.

Cruella is both incredibly directed and crafted by I, Toyna filmmaker Craig Gillespie —  it wouldn’t shock me in the slightest if Cruella scored Best Production Design, Best Costume, and Best Makeup Academy Award nominations — and well-acted: everyone in the cast is clearly having fun and that fun imprints itself on the film’s DNA. This is a movie that knows what it is and leans into it with all its heart. That’s not to say absurdity comes at the cost of professionalism, though, as the cast and crew of Cruella — which boasts a total of 29 Oscar Nominations, and five wins, between them — are all operating at the highest of Hollywood levels.

The soundtrack is excellent, the use of dogs is adorable, inventive and far from intrusive, the humor is sharp and the dialogue is slick — I’m a 28-year-old dude and I frequently found myself grinning ear-to-ear — and best of all, the intellectual property is utterly irrelevant: Cruella stands and can be enjoyed on its own, as previous knowledge of 101 Dalmatians is not remotely required. In fact, other than the moniker and the presence of three beastly dalmatians, the connections are between the two are essentially non-existent.

And, of course, there’s the Emma Stone and Emma Thompson of it all, as the two Academy Award-winning actresses absolutely soar as dueling camp villains. If there’s any single reason to see Cruella, it’s to watch two of the iconic actresses of their respective generations trade delightfully devilish blows.

All told, Cruella is of such high quality that one can only hope it signals a new direction for Disney’s live-action remakes, as they perhaps use these legendary names and properties to trojan horse more mature stories to their audience, to people you like and I. We may not be the right demographic for 101 Dalmatians anymore, but we’re absolutely the right audience for Cruella.

What makes Mark Strong the ultimate character actor? He can play both a villain and a hero 🎭

But he prefers the bad guys 😈

Make sure to check out Strong in #Cruella when it hits theaters and Disney+ on May 28!

Disney’s ‘Cruella’ will hit theaters, and will be available on Disney+ Premier Access, on Friday, May 28.