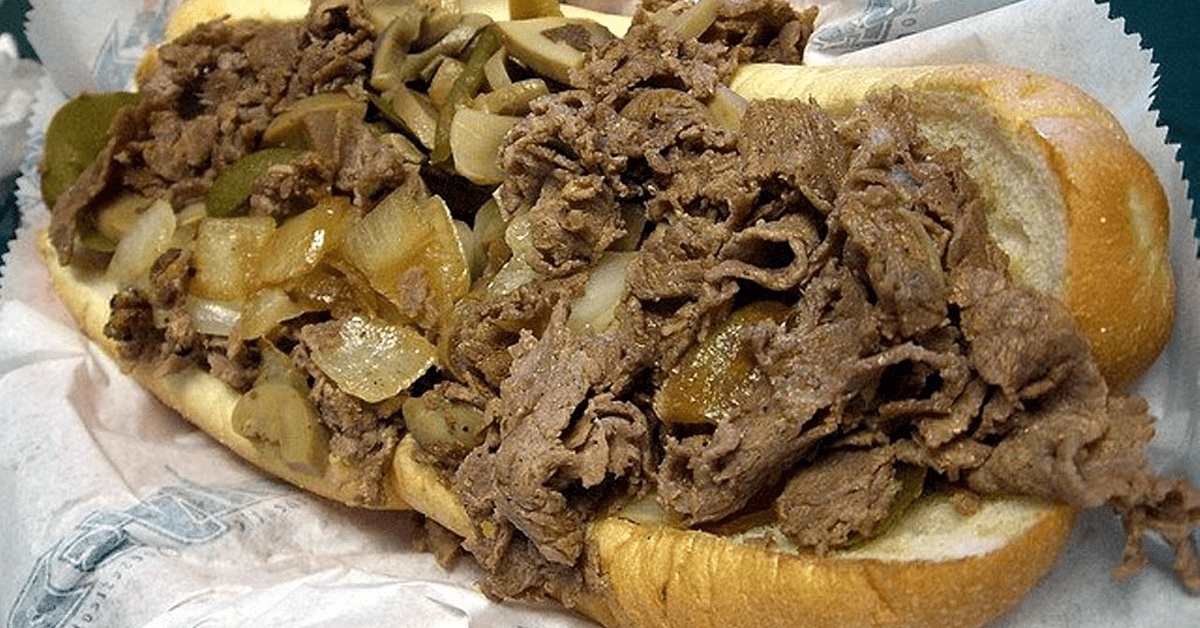 Dad, if you’re reading this, I’m sorry but I am supporting a new candidate for Father Of The Year. Brad Williams, a programmer from Philadelphia and father of a 2 year old boy named Lucas, should win Dad Of The Year and Food-For-Scale Baby Instagrammer Of The Year.

Brad’s son Lucas was born in October 2015. Like most modern dads, Brad posted his son’s picture online a few days after his birth. But instead of listing Lucas’ traditional measurements (for example, “8 pounds 6 ounces… newborn infant Jesus” – Ricky Bobby) Brad included an object for scale.

Of course, being a Philly guy, the object for scale was a Cheesesteak.

One month later, Brad did it again…

Brand went on to share a picture every month until Lucas turned 13 months old, showing the fast growth and development of a baby’s first year. Check out Lucas at 4 months then at 11 months, of course with cheesesteak for scale.

Eventually Brad stopped because Lucas began to loathe cheesesteaks, which isn’t natural for a kid from Philly.

Watch Brad attempt to give Lucas a cheesesteak to eat on his 2nd birthday in the video below.

Lucas is NOT messing around when it comes to that cheesesteak. Little dude avoids that sandwich like it’s the plague.

Regardless, I’d bet just about anything he comes around to liking cheesesteaks. It’s in his blood. He’s basically destined to become the cheesesteak king of Philly.

Anyway, you can check out all of Brad’s Lucas/sandwichpictures here: Cheesesteak For Scale.