Newscaster Known For Dunking On People Absolutely Shreds Andrew Luck’s Critics: “How Stupid Do You Have To Be?” 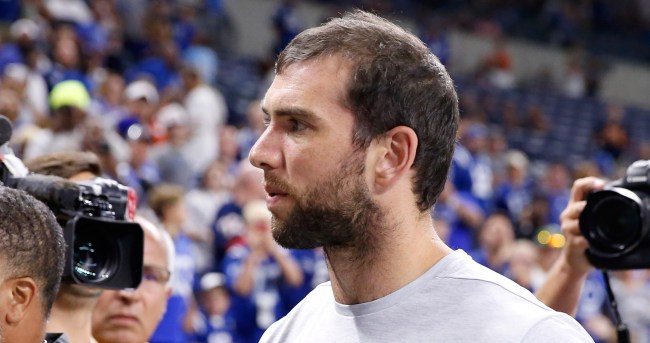 While you’ve likely never heard of Dale Hansen, odds are that you’ve seen his face before.

Hansen, a veteran sportscaster at ABC’s Dallas affiliate WFAA, has made a habit of going viral in recent years with his impassioned speeches directed at the public that are filled to the brim with reason and truth bombs.

In years past, Hansen has tackled everything from scumbag ex-Dallas Cowboy Greg Hardy to disgraced Baylor football coach Art Briles, from the NFL kneeling protests to Cowboys owner Jerry Jones.

And now, he’s set his truth-spitting sight on the people who are “too stupid to breathe the same air that we breathe” that have been criticizing Andrew Luck in the wake of his sudden retirement.

“Injuries to players like Devin Smith and Jaylon Smith is why the reaction to Colts quarterback Andrew Luck’s decision to retire is so incredibly stupid,” Hansen begins.

“Luck has a long list of injuries from playing this game – a concussion, a lacerated kidney, torn cartilage in his shoulder that kept him out a year, rib and ankle injuries, too.

“So, he decides to walk away while he still can, and fans at the Colts game Saturday night actually booed him as he walked off the field.”

“How stupid do you have to be?” How bad does your life have to be that you think booing Andrew Luck or even criticizing him, as some guy on FOX did, is somehow the right response?”

“Some people are just too stupid to breathe the same air we breathe and a lot of them live in Indiana. But a lot of them go to football games everywhere too.”

That, my friends, is how you bury the morons of the world six-feet-under.