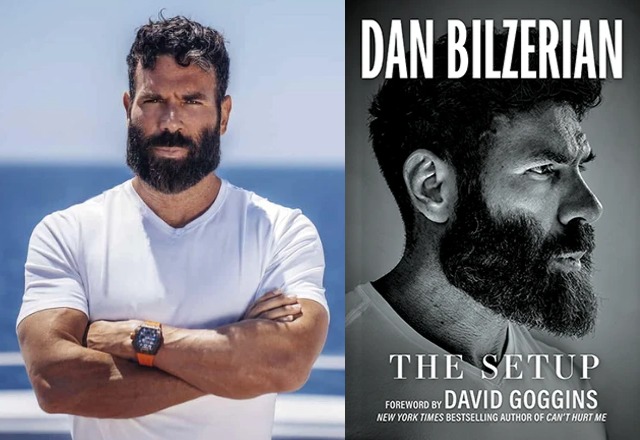 via Dan Bilzerian / The Setup

After over a year of updates, it looks like Dan Bilzerian’s book is finally about to arrive.

Back in June, Bilzerian announced to his millions of social media followers that his book was finally finished. The Instagram playboy had previous posted about scores of rewrites, including calling it a “masterpiece” in October 2020:

“The book is a f*cking masterpiece. People are freaking out about that too. They’re saying ‘you can’t publish this book – it’s way too controversial. Your career is going to be over.’ I don’t need a job, motherf*cker. I’m just going to publish it. People are going to have a panic attack and I’m probably not going to have any friends, but at least I’m fu*king honest and put out a good book.”

Bilzerian’s book has been quite a saga in itself: Here’s a full timeline of the saga. Last summer, it was revealed that Bilzerian hated the ghostwriter’s version of his memoir, so he returned his publisher’s advance and said he’d write the book himself. 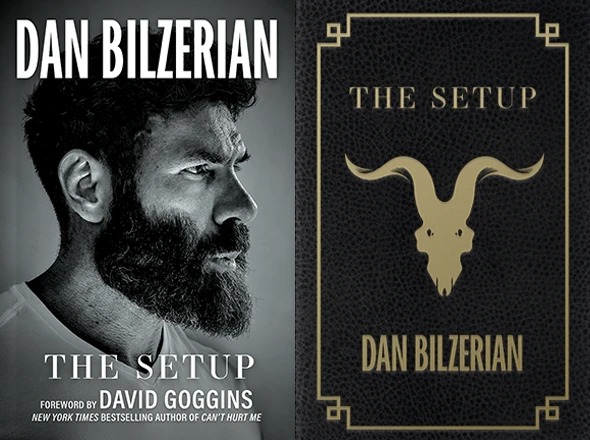 Dan Bilzerian’s book is called The Setup and it’s available to pre-order on his website. The website itself includes all kinds of details about the autobiography, including how to buy and details about what’s inside.

It also includes the book jacket blurb describing the project:

Gambling legend and Instagram king Dan Bilzerian has a thing or two to say about getting what he wants—and it’s all about what he calls the setup, a life philosophy that has helped him land fame, fortune, and more girls than anyone can count.

From an anything-but-normal childhood, to his time in the military, to the insanity that has followed him on his journey to becoming one of the most notorious people in the world, Dan shares it all in The Setup, a no-holds-barred, no bullshit, brazen retelling of his life—and the many women he’s shared it with.

In this explosive and unapologetic memoir filled with wild stories (and even wilder photos), Dan pulls back the curtain on what it’s like to truly live the Bilzerian way: with plenty of epic moments, and no regrets.

According to the website, there are four options available to buy Dan Bilzerian’s book during the pre-order:

The website says the pre-order comes with a 20% discount, reflected at checkout.

The pre-order website for Dan Bilzerian’s book also includes tons of new details about the project.

For example, a quote from the book’s forward, written by David Goggins – retired United States Navy SEAL and bestselling author of Can’t Hurt Me.

“Like it or not, whatever game the motherf*cker was playing, he won. The Setup has made Dan Bilzerian one of the world’s biggest social media celebrities. There are tens of millions of guys all over the world living vicariously through Dan’s shenanigans on social media and, on top of that, there are millions more silently following Dan while talking sh*t about him.”

The website for The Setup also includes an excerpt from Dan Bilzerian’s prologue, starting with Bilzerian menitoning he was bullied as a kid and didn’t have many friends.

I was bullied as a kid, didn’t have many friends, and believe it or not, I had a hard time getting laid. Given where I started, where I ended up might seem impossible, but I am going to take you on the journey and explain as we go.

From a young age I was breaking the rules and trying to find boundaries that didn’t really exist. I’ve been through some pretty traumatic shit and the best way to describe my life would be a rollercoaster with the highest highs and the lowest lows. I’ve been rich, broke, and rich again. I’ve hung out with rock stars, rappers, movie stars, athletes, and DJs. I’ve been backstage at their shows, I’ve been to their parties, and it was cool. I’ll tell you about it. But ultimately it paled in comparison to the circus that my life became.

I’m going to explain what I learned about women and how to get laid with significantly less effort. What works with women will surprise you, but once you understand their subconscious thought process, my counterintuitive strategies will make perfect sense.

I’m going to tell you how I went from flat broke to making over $10 million in a single day. Don’t get your hopes up. This isn’t a get rich quick book. What I did won’t work for you, but the premise of the setup is universal.

I went from a guy who was made fun of relentlessly to “the most famous man in the world without a talent.” I’ll show you how I did that too, but once again, that probably isn’t going to work for you because most people are too afraid of judgement to own who they are and accept the controversy.

Buckle in, folks. It sounds like Bilzerian is ready to spill the tea.

This book is going to be a wild ride.