Dan Bilzerian Says He Has Finally Finished His Book, Again 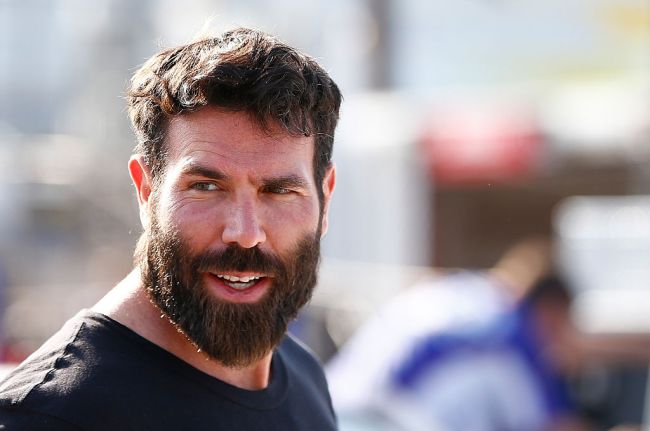 After over a year of writing and editing, Dan Bilzerian’s book appears to finally be finished.

The controversial “Instagram playboy” and international man of leisure has been quiet on social media lately. After a tumultuous 2020, Bilzerian’s cannabis company, IGNITE, has reported profitability for two fiscal quarters in a row.

Though a release date has yet to be formally announced, Bilzerian took to social media on Saturday night to announce that his book is finally finished… again.

Finally finished my book. Get ready for the tea 🍵

This isn’t the first time the 40-year-old poker player has announced his book was finished.

As a refresher, I’ve put together a comprehensive timeline about the year-long saga around the Dan Bilzerian book.

Bilzerian himself has teased its impending release for a while now.

Sounds like the Dan Bilzerian book is going to make waves when it finally drops.

Bilzerian tweets that his book is almost done, penning 360 pages in 57 days.

The creative process apparently involved abstaining from some of his favorite pastimes.

Bilzerian announces he has finally finished his book for the first time.

Bilzerian sends the Internet into a frenzy by announcing he’s finally finished his autobiography for the first time.

He offers $5000 for someone to come up with the “best book title” for his autobiography. Attempting to crowdsource a title for the memoir leads to some pretty spectacular trolling on social media.

A report emerges that Dan Bilzerian’s original book deal fell apart because he hated a ghostwriter’s version of the book.

According to the NY Post, Simon & Schuster hired a ghostwriter to help Bilzerian with the book deal, as brokered by a talent agent.

According to the report, Bilzerian hated the ghostwriter’s version, so he returned the publisher’s advance and said he’d write the book himself. He also announced he’d be self-publishing the book upon completion.

This pushed back the book’s release further so Bilzerian himself could concentrate on rewrites.

Dan Bilzerian announces the sixth edit of his memoir.

“Just finished my 6th book edit, I’m picking 2 of you to come to my book release party and giving you both $5,000 dollars, plus I’m giving 1000 of you signed copies of the book, just hit the LINK IN MY BIO, it’s free, no bullshit, no strings attached.”

Dan Bilzerian calls the book “a masterpiece” on Instagram stories

“A lot of people have been having a panic attack because I haven’t been posting lately. I’ve been f*cking working. These online bloggers talking sh*t, saying I’m going broke, IGNITE’s going broke. Motherf*cker, I ain’t ever going broke. I just put $25 million into IGNITE. We had an idiot first president who was incompetent – I fired his ass. Our new guy is crushing it. We’re killing it with Nick. All the new 1500s are sold out, we just got a new order in so we’re good. We’re going to have a profitable Fourth Quarter.”

“The book is a f*cking masterpiece. People are freaking out about that too. They’re saying ‘you can’t publish this book – it’s way too controversial. Your career is going to be over.’ I don’t need a job, motherf*cker. I’m just going to publish it. People are going to have a panic attack and I’m probably not going to have any friends, but at least I’m fu*king honest and put out a good book.”

Bilzerian posts his phone number on Instagram, encouraging his followers to text him questions that won’t require “going into paragraphs” to answer. Amongst the salacious details revealed in the Q&A, he says the book will be released in March 2021.

The release date has since come and gone.

Bilzerian allegedly posts – and then deletes – that he “Just finished the 25th edit of my book and I’m finally done.”

Dan Bilzerian announces on Instagram and Twitter that he’s “finally finished my book” and to “get ready for the tea.”

After a relatively quiet year, Bilzerian announces that his book is finally ready with the following post on social media.