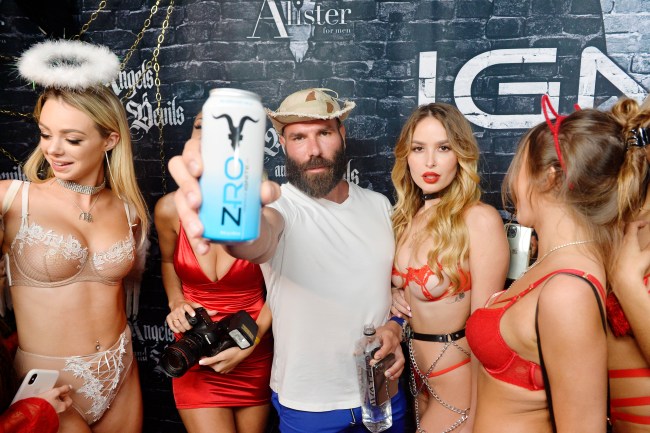 We all saw the story of Dan Bilzerian offering up $5K to whoever suggested the best title. Turns out, there’s a story behind how we arrived at that place. Apparently Dan had a cushy publishing deal set up with Simon and Schuster—EVER HEARD OF ‘EM? They’re like the Cellino and Barnes of reading. Except… he never delivered the pages.

But a source tells us that the deal — brokered by UTA agent Byrd Leavell — went up in smoke because Bilzerian was too busy with his hot tub pals to actually write the book, and never delivered a manuscript.

And when we ran the saga by Leavell, he told us, “You have it. I do not represent that guy anymore.”

Ok, that makes sense with what we know of the young man. He did the same thing with BUDs training, right? Also, Byrd Leavell is the most agent name I’ve ever heard. Good riddance, right Dan the Man?

But a rep for Bilzerian told us that isn’t how it went down at all. “[Simon and Schuster] finished a ghost-written book which Dan wasn’t happy with,” said the rep, “so he returned the advance and wrote the book himself — no ghostwriter — and he intends to self-publish.”

Oh ho ho, the plot thickens thiccer than Danimal’s thighs. Turns out Dolla Bilz never wrote the manuscript because the publishing company was penning it through a ghostwriter. Dannyboy’caine hated it and took it upon himself, despite the limitations of his 4th-grade literacy. Can’t wait to see how this thing turns out. Do we think the pages will have scratch ‘n sniff stickers? Maybe one of those buttons you press that moos like a cow? Fun!

I can’t imagine a shittier job than ghostwriter. All the work, none of the glory. You’re basically a fluffer with a keyboard. Then again, some people don’t need the shine and prefer to live life in anonymity. I have no idea how to relate to these shadow-dwellers. Even Stephen King, the weirdest dude alive, writers under his own name.

Looking forward to next year’s smash bestseller, Dan Bilzerian: I Am Him.