Dan Bilzerian Has Finished His Much-Anticipated Autobiography, Sending The Haters Into A Frenzy 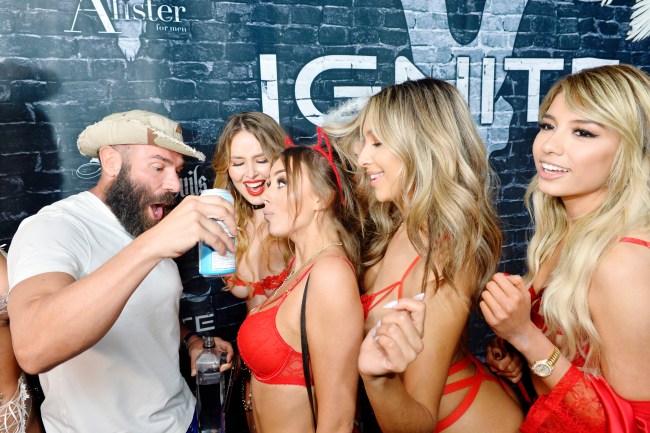 Finished writing my autobiography, $5,000 to the best book title in the comments pic.twitter.com/XTGzkNLzKC

What a picture, what a life. Dan Bilzerian, aka Mr. Polarizing. Hero to some, villain to most. Now we can read his entire story—all 48 pages of it—if we buy his autobiography. Title pending. Here are a few options:

Love your kids so they don't end up like me: The Tale of Dan Bilzerian

How to waste money and enjoy yourself

If you’ve ever wondered what motivates trolls to shit on the success of those above them, look no further than Dan’s subtweets. I selected a couple of the most-liked title suggestions for our breakdown.

Quarantine Day #9 … Who needs movies or people anymore when you can just act them out by yourself… I’m losing it… @GhostPanther ( I hope you see this and don’t shit on it too hard … thank god for your movies during this shitty time in history.) pic.twitter.com/l3dayGJQKh

Recreating scenes from Step Brothers. Every word. Shooting and editing this, not to mention memorizing the lines, took at least a day. Maybe 2. Probably 2. And for what?

I didn’t even know twitter accounts went that low. I thought you started with at least 100, like opening a Fanduel account. Nope, Dan Jeffrey (never trust a man with two first names) is out here on Twitter for two reasons: to recreate movie scenes for small amounts of people and to shit on Dan Bilzerian. Sweet life, Dan Jeff. You’re a bum.

Ivica Milarić. Who’s he, and what’s he doing these days?

Like Dan, I also have a beard and I also wrote a book! Unlike Dan, I don't need any help with the title, but feel free to check it out on Amazon!😀https://t.co/ViJ0pWkFoj

Ah, using his moderately-engaged troll tweet as a springboard to promote his own book. Fantastic. If you had any doubt as to whether Ivica was jealous of Dan B., let those questions rest. He’s an author himself! Only his book, the groundbreaking Using Psychology to Stop Procrastinating, provides a welcome distraction for those who struggle to get down to work. If you were hoping for another reason not to do anything with your day, give this 29-page barnburner a try.

There has been a disturbing trend of late, where people try to rip down the great faces of our society. I’m sick and tired of these little locusts beating their pathetic wings and screeching for relevancy through the destruction of idols. Whatever happened to trying to rise through merit? Must we relegate our nation’s greatest achievers to smaller status, so that we feel less inferior by contrast? Must we try to bring the legends down to our pathetic, bottom-feeding level?

I will continue to fight the fight on behalf of the heroes. And make no mistake: Dan Bilzerian is a hero. Or he tries to be, at least.

Remember that time Dan Bilzerian ran up to cops during the Las Vegas massacre and demanded they give him a gun and they told him to eat shit lol pic.twitter.com/u2GRc4WyZx

And that’s more than we can say for all the Ivica Milarićs and Dan Jeffs of the world.